Before Pope Francis’ trip to the United States this week, Austin alumni Tony Alonso already felt an honored part of the visit. 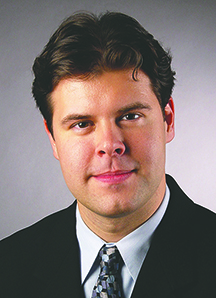 After all, it was a piece of his music, “Cuenten las Maravillas del Señor” or “Proclaim His Marvelous Deeds” that would be played during the canonization of St. Junipero Serra at the Basilica of the National Shrine of the Immaculate Conception.

Now, a couple days after Wednesday’s event, Alonso feels more than ever he was part of something special.

“I think the most remarkable thing to me was the fact that the entire group of 25,000 that was gathered around Pope Francis sung so beautifully and joyously,” Alonso said. “You look around and see all these people singing so joyfully with Pope Francis, it was incredible. I will always remember this moment.”

Alonso, a 1998 graduate of Austin High School, was commissioned for the piece about five months ago, a far shorter time period to write a piece like this. Often it can take a few years to composes such a piece.

Alonso said the pontiff passed very close to him, but the two never met formally. However, it didn’t take away from the immensity of the moment. It proved to be a day of firsts. Pope Francis is the first Latin American pope and it was his first time ever being in the United States.

St. Junipero Serra is the first to be bestowed the honor of saint in the United States and of course it was the first time Alonso’s music has been played for a pope.

“It was a powerful moment on many levels,” he said.

Alonso didn’t hesitate to proclaim the day a life-changing moment and it reaffirmed and bolstered his own faith.

“I think, as a Roman Catholic, it just reaffirmed the need to live a life of joy that’s committed to justice and peace in the world,” Alonso said. “Not only hearing Pope Francis preach to the community at the shrine, but to hear his address to Congress. Whether it’s left or right, he challenges one another to love in ways that call all of us to our best selves.”