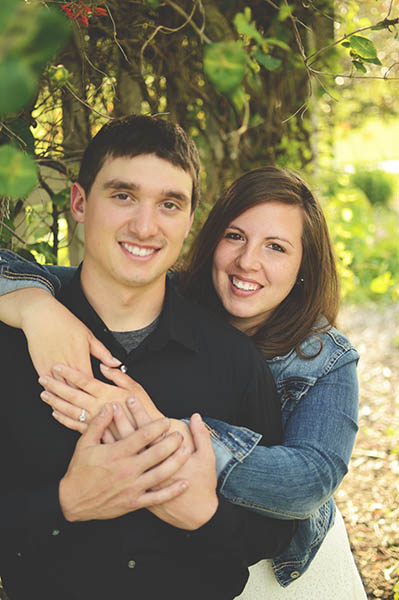 Faron and Janet Bremseth of Alden and Blake and Lynn Stadheim of Albert Lea announce the engagement of their children, Emily Bremseth and Tyler Stadheim.

The bride is the granddaughter of Arnie and Helen Skov of Alden and the late Dale and Helen Bremseth, formerly of Glenville.

The groom is the grandson of David and Marilyn Stadheim of Albert Lea and the late Mark and Carol Fisher, formerly of Lake Mills.

The bride is a 2011 graduate of Alden-Conger High School and received her bachelor’s degree in athletic training from Gustavus Adolphus College in St. Peter. She is currently employed at The Children’s Center in Albert Lea.

The groom is a 2011 graduate of Albert Lea High School and a 2013 graduate of Riverland Community College, where he received a degree in diesel technology. He is currently employed at Arnold’s of Alden.