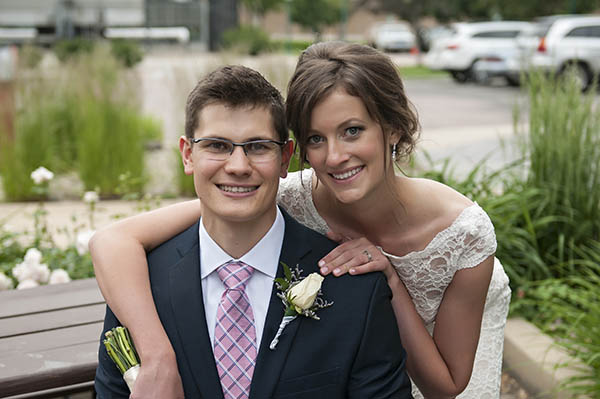 John Buringa of San Luis Obispo, California, brother of the bride, served as the “brother of honor.”

Maddie Weniger of Sioux Falls, sister of the groom, served as the “best sister.”

Helen Ober, cousin of the groom, served as flower girl. She is the daughter of Ben and Meghan Ober of Arlington, Massachusetts.

William Myer, cousin of the groom, served as ring bearer. He is the son of William and Jessica Myer of Jacksonville, Florida.

Matt Anderson of Sioux Falls was the violinist.

The couple honeymooned at the Aqua Resort in Cancun Mexico and are currently living in Deerfield, Illinois.