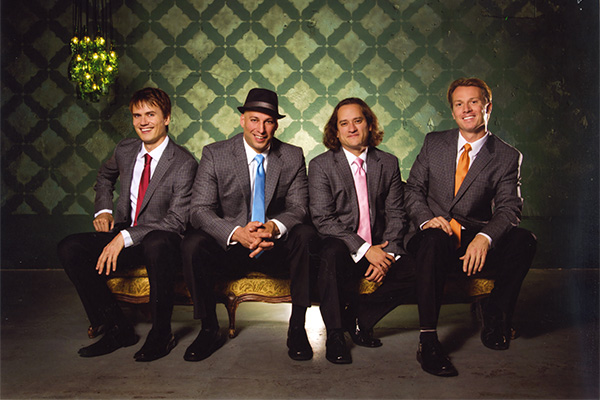 The Four Freshmen are one of five scheduled acts with Civic Music this season.

True to its mission set in 1945 to bring quality music to Albert Lea, the local Civic Music Association’s 2015-16 season promises to be outstanding.

Albert Lea Civic Music recently kicked off its membership drive for its 71st season. Admission to its series of five concerts — all held at the Albert Lea High School auditorium — is by membership only. The fee for the season is $40 per adult, $10 per student or $85 per family. Along with funding the concert series, money raised goes to support scholarships to local students.

In addition to the Albert Lea performances, members may use their season tickets to attend four concerts at the E.B. Stillman Auditorium in Clear Lake because of a reciprocal agreement with the Iowa association.

Memberships are available by:

Purchasing at Albert Lea High School 45 minutes before each performance (note that only full memberships are sold, not individual concert tickets)

“Membership prices are quite reasonable, costing no more than a single-event ticket at many metro venues. This means that even if you have to miss a 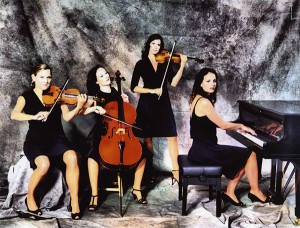 Salut Salon is a quarter that will perform this season as a part of Civic Music’s array of scheduled acts. Others include The 5 Browns, Maniacal4 and International String Trio.

performance, your membership is still a great value,” according to Civic Music.

This group dates back to 1948 when four college freshmen crafted a unique vocal harmony. Since then, the Freshmen have recorded more than 75 albums, racked up 70 top-selling singles and received six Grammy nominations. While members have changed over the years, the integrity of the group’s original sound is maintained. While paying tribute to classics such as “Day by Day” and “Blue World,” the current group continues to bring new arrangements to their recordings and live shows around the world.

The 5 Browns — Ryan, Melody, Gregory, Deondra and Desirae — all attended New York’s Juilliard School. In fact, they became the first family of five siblings ever accepted simultaneously. Dubbed the “Fab Five” by People Magazine in 2002, the Browns have been featured on “Oprah,” “60 Minutes,” “The Tonight Show,” “Good Morning America,” public radio, public television and more. Recent highlights include their debut at Carnegie Hall in New York and the release of their sixth album. The 5 Browns bring their five pianos with them, moving the instruments into each performance venue and tuning them before the shows.

This internationally acclaimed trombone quartet tells “one unified, inspiring story after another.” Hailed as “a force to be reckoned with,” Maniacal 4 has performed on three continents, entertaining audiences with a wide range of styles and time periods. Originating from the University of North Texas in Denton, Texas, the group is well versed in classical, jazz, Latin and rock. They perform almost exclusively from memory.

All alumni of Berklee College of Music in Boston, this group prides itself on its stylistic diversity, delivering gypsy jazz, Appalachian folk, acoustic world music, virtuosic classical arrangements and popular songs from movies. The trio enjoys using the diverse cultural backgrounds of its members, with its guitarist from Russia, bassist from Japan and violinist from England, to influence its stylistic diversity and unique performance aesthetic.

This group’s name stems from early rehearsals held in an apartment in Hamburg, Germany. When asked to perform at an art gallery, they needed a name and quickly came up with Salut Salon, which roughly translates into “Hi, Living Room.” This quartet of two violinists, one cellist and one pianist provides passionate virtuosity, instrumental acrobatics, charm and a great sense of fun. They combine beloved classical music with tango, chansons, folk, film soundtracks, all with flair and self-irony.

In addition to the Albert Lea concerts, local Civic Music members may attend these events in Clear Lake:

Visit showcase.netins.net/web/claca/ to learn more about the 2015-16 season.

“As we sit back and enjoy the season, we do so with special thanks to those far-seeing folks who got us off the ground and to countless others who have given their time, talents and support to keep it alive and well in all the years that follow. And by keeping ticket prices low, we are proud to say that an Albert Lea Civic Music ticket is the best bargain in town,” according to the association’s website.

What: Annual membership for season of concerts

Where: Memberships available at www.albertleacivicmusic.com, Albert Lea CVB or before each local concert at Albert Lea High School