Co-owner of A.L. Electric says he is grateful for schooling 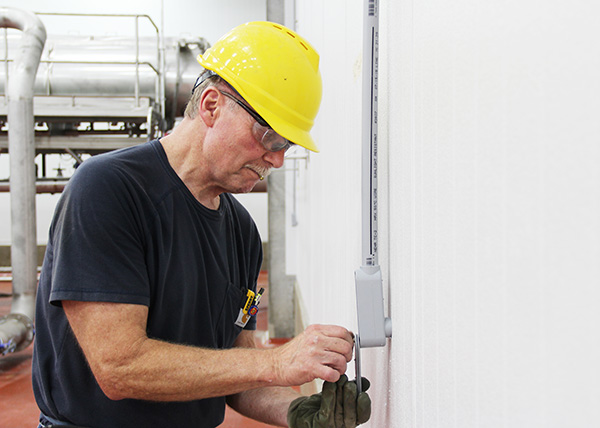 One Albert Lea business is seeing success thanks to the training of its owners and employees at Riverland Community College in the last few decades.

Albert Lea Electric co-owner Mick Delger said after high school he had thought about going to college but instead went into construction, making what he described as “good money.” The only problem was he didn’t have work in the winter months.

With encouragement from his wife, he decided to attend Riverland’s electrical program in 1973. Delger said he went out to the college to enroll, and though it was full, school officials found a way to get him in. He graduated in 1975 and started working for local contractors.

“I never really wanted to move away,” Delger said. “I’m very appreciative of Riverland for what they did for me in getting me involved in the program and schooling. I don’t know where I’d be without that.”

In the early 1980s, Delger bought out Gordon Electric and renamed the business as Albert Lea Electric in 1986. Co-owner Cal Johnson came on about 10 years later.

Since, the company, at 1410 Olsen Drive, has grown to as many as 50 employees. The company presently has 28 employees, and only three did not attend Riverland for schooling. Delger said Riverland has a lot to offer and that in just two years people can go and learn a trade, come out and make decent money.

“You can be whatever you want if you work hard enough for it,” he said.

Delger said he has always wanted local people working for the company, and it is easy to pick people who have graduated from Riverland.

He said most of the employees were born and raised within a 10-mile radius from Albert Lea.

Though the company primarily does electrical construction, it also does low-voltage work, including telephone, fiber and computer wiring.

It has completed projects all over the community, including Cargill, Mayo Clinic Health System in Albert Lea, Wedgewood Cove and Trail’s Travel Center, to name a few. It donated labor and materials for the electrical work at the veterans memorial in front of the Freeborn County Courthouse.

The company is in the middle of a large project for the expansion at Mrs. Gerry’s Kitchen in Albert Lea.

Co-owner Cal Johnson could not be reached for comment. 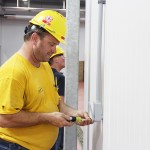 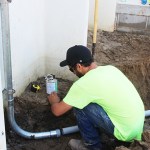 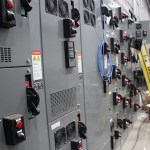 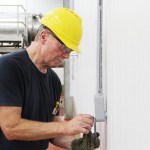