Funeral services for Cody A. Baseman will be at 11 a.m. Thursday at Trinity Lutheran Church in Albert Lea. The Rev. Gary Harris will officiate. Visitation will be from 5 to 8 p.m. Wednesday at Trinity Lutheran Church in Albert Lea, as well as one hour prior to the service at the church.  Interment will take place at Hillcrest Cemetery. Bonnerup Funeral Service is assisting the family with arrangements. 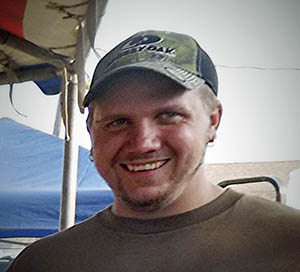 Cody Baseman was born on Sept. 15, 1987, in Albert Lea, the son of Lori (Darin Halstead) Callahan, Craig (Julie) Eggers and Wade (Kari) Baseman. He grew up and lived in Albert Lea his entire life. After his schooling, he worked various jobs. If he wasn’t helping his grandpa with odd jobs, he was working at Hardee’s as a supervisor, or at EZ-Rental, where he had been currently working. Cody was a member of Trinity Lutheran Church.

Family was most important to Cody. He was blessed with four children, Havana, Miya, Arianna, and Grace. He cherished all of the times he was together with his entire family. Cody also loved to tinker with his Ford PGT, listen to music and hunt and fish. He was an excellent cook who enjoyed grilling outside. He was a handyman who could fix anything; those who don’t believe it, should have just asked him. He was always there to help other people and never said no to a task. He was a very social person. He could walk into a room full of people he has never met, and would know every single person by the time he left. His smile was contagious and his personality shined through everywhere he went.

The family has set up a GoFundMe account to help with expenses. Those who would like to send a memorial, can donate at: https://www.gofundme.com/mvc.php?route=search&term=Funeral%20and%20memorial%20for%20Cody.