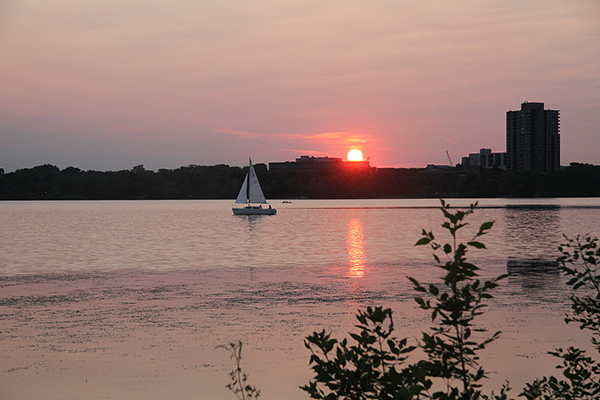 But the Minneapolis Parks and Recreation Board’s effort to honor the lake’s original name does not satisfy activists who called on the board in June to completely remove the current name, which they find offensive.

After a lengthy discussion about the history and relevance of the Calhoun name, the board voted Wednesday to add the signs but did not take action to officially rename the lake back to its older name. Six members voted to add the signs, two members were absent and board president Liz Wielinski abstained.

Lake Calhoun was named for John C. Calhoun, a South Carolina statesman, former vice president, senator, secretary of state and proponent of slavery. He is infamously known for calling slavery “a positive good” in the 1800s. Mike Spangenberg of Minneapolis started a petition in June that has garnered nearly 5,000 signatures from people who said the name symbolizes racism.

The park board asked staff to look into the name and sought two legal opinions about its authority to rename the lake. Both attorneys said state law leaves final authority to the DNR Commissioner to rename lakes if there is more than one “generally accepted name.”

While legal counsel Brian Rice said he didn’t find documentation in his research that points to the name Bde maka Ska being a generally accepted name along with Calhoun, American studies professor Kate Beane said it was the only name ever used in the Dakota community.

“When I first stepped foot on the shores of Bde Maka Ska when my family returned home after being in exile for 150 years, my family introduced the lake to me as Bde Maka Ska,” she said. “To say that it’s not a valuable name diminishes us as Dakota people from this space and diminishes our importance as residents in this area.”

Minneapolis parks commissioner Brad Bourn has been an advocate for renaming Lake Calhoun entirely and replacing it with the Native American name. But the board couldn’t come to a resolution Wednesday, citing lack of authority and a potentially protracted process to get other entities involved.

But Bourn said all the research points to the lake’s name given in territorial times without an official governmental body vote.

Rice’s report said the DNR commissioner may have authority to “correct” a name if there is a dispute about it. But because the name was never officially changed before, there is no dispute, he said. He also said the state legislature may enact a special law to rename a geographic feature.

The name Lake Calhoun has been used since 1820, a significantly different time in history than the present, which commissioner Annie Young said the board must consider.

She said the discussion is an important educational opportunity to point out current issues about racism in America. But renaming everything that ever represented slavery could be a never-ending task.

“I question us about cleansing. What we’re doing here is we’re trying to heal and cleanse ourselves of the past and how do we go about that?” she said. “Once we start, when do we stop?”

Commissioner John Erwin pointed out past board action that recognized the Native American community downtown and at Minnehaha Park by adding signage of variant names. He said adding the Bde Maka Ska signs is one small part of a system-wide effort to recognize the culture in the city.

“But they’re jumping all over it because they wouldn’t have to jettison Calhoun,” he said on Twitter. “It’s gross.”