Dean Leroy Lechner, 81, of Austin died Monday, Sept. 28, 2015, at Mayo Clinic Health System in Austin. He was born Jan. 21, 1934, in Freeborn County, to George and Cora (Peterson) Lechner. Dean attended District 83 schools. After school, he worked for area farmers. Over the years his various jobs included running a gas station in Oakland, truck driving and working at Weber’s (Anderson) Standard. Later he owned and operated Dean’s Conoco. In 1967, Dean went to work for Usem’s where he did used car reconditioning for 13 years. In 1984, he purchased the Budget Holiday Motel in New Ulm which he ran for eight years, retiring in 1992.  On May 19, 1956, Dean and Marlene Mudra were united in marriage in Myrtle. The couple raised four sons. In addition to his work and family obligations, Dean served his country in the National Guard for six years. Among his favorite pastimes were yardwork, bird watching, NASCAR and stock car racing. 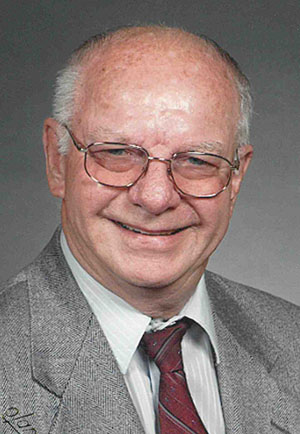 He was preceded in death by his parents, George and Cora Lechner; sister, Joyce Zech; and one brother at birth.

A memorial service will be at 11 a.m. Thursday at Our Savior’s Lutheran Church in Austin. The Rev. Karen Behling will officiate. Friends may call at the church one hour prior to the service.  Interment will be in Grandview Cemetery in Austin. Memorials can be directed to Our Saviors Lutheran Church, the Salvation Army or the recipient of the donor’s choice. Services were prearranged and will be performed by Worlein Funeral Home of Austin. Condolences may be expressed to the family online at www.worlein.com.