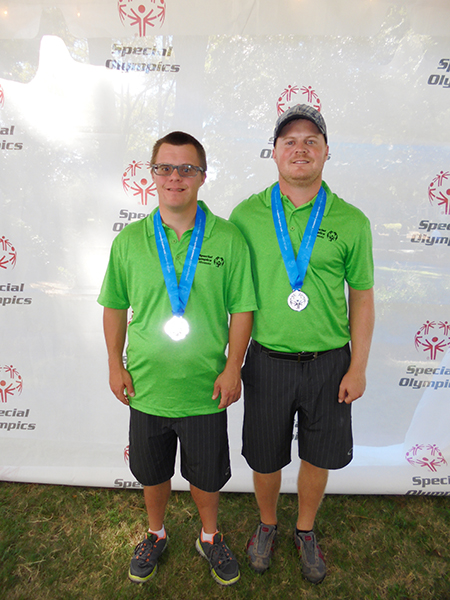 Kellen and Devin Kaasa participated in the Special Olympics North American Regional Golf Championship on Hilton Head Island in South Carolina. They participated in the nine-hole alternate shot division and won the silver medal in the first flight, shooting a three-round total of 136. There were a total of 34 teams in the division.
In 2013 the Kaasas won the gold in New Jersey by nine strokes, and the silver was won by the Martinez father and son team from Kansas City. This year, the Martinez team won the gold by five strokes. Both teams are looking forward to the 2016 tournament,tentatively slated to be held in Florida.
Kellen Kaasa has worked at Hy-Vee in Albert Lea for 13 years, and Devin Kaasa is the competition and training manager for Special Olympics Minnesota. Their home course is Green Lea Golf Course in Albert Lea. – Provided