Ernest J. Hamson, 82, of Wells died Wednesday, Sept. 23, 2015, at Thorne Crest Senior Living Community in Albert Lea. Funeral services will be at 10:30 a.m. Monday at Good Shepherd Lutheran Church in Wells. The Rev. Mary Iverson will officiate. Visitation will be from 1 to 4 p.m. Sunday and will continue one hour prior to the service at the church on Monday. Interment will be in Rosehill Cemetery in Wells. Military honors will be accorded by the Wells color guard. Please leave online condolences at brussheitner.com. Bruss-Heitner Funeral Home in Wells is entrusted with arrangements. 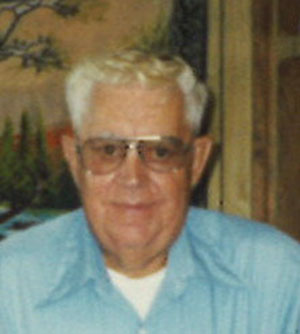 Ernest “Ernie” Hamson was born March 23, 1933, the son of Oscar E. and Joy G. (Haunches) Hamson in Seely Township in Faribault County. When Ernie was 12 years old he started helping around the farm. He also helped a lot of neighbors with odd jobs. Ernie was then a lineman for Interstate Power Co., prior to entering the United States Army. After his honorable discharge Ernie was united in marriage on Aug. 25, 1962, to Judith M. Anderson in Frost.

Ernie was a semi-truck driver for Johnny Frederick Trucking in Bricelyn for six years and worked with Hank Bloom in Waldorf for a number of years. He retired from trucking after 27 years for Wells Concrete. Ernie loved visiting with friends all over town. He was the kind of guy that would help anybody and everybody. Ernie enjoyed spending time with his family and appreciated nothing more than the simple things in life.

He is survived by his children Tom Hamson of Freeborn and Tammy (husband, Chris) Brandt of Minnesota Lake; grandchildren Kelsey Roberts of Minnesota Lake and Justin Roberts of Wells; sisters Bessie Barnick of Wells and Mary Ann Voss (Al) of Glencoe; brother, Gerald (wife, Glorian) Hamson, of Bricelyn; aunt, Linda Hamson of Bricelyn; sister-in-law, Janet Hamson, of Missouri; friend, Jan; along with many nieces and nephews.

He was preceded in death by his parents; wife, Judy; son, David; brother, Glen; and brother-in-law, Henry Barnick.