For Biden, calendar makes his 2016 decision tough to delay

WASHINGTON — Vice President Joe Biden says he’s not in a hurry to decide about the presidential race, but the calendar presents him with a simple reality: the longer he waits, the harder it gets to win.

The 2016 presidential campaign is barreling forward with or without him, giving a key advantage to declared candidates whose campaigns have been working for months to complete the tedious task of qualifying for the ballot in each state. Even the Democrats who are pining for Biden to enter the race have questioned publicly whether it’s too late for him to mount a viable campaign. 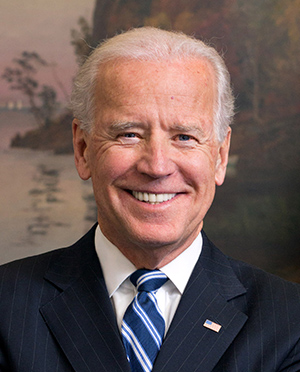 For Democrats seeking the White House next year, the first filing deadlines loom at the beginning of November. New Hampshire, which holds the nation’s first primary, has set its cutoff date as Nov. 18, with Florida following soon after. By New Year’s Day, more than 15 states will be off limits to candidates who haven’t taken the necessary steps to get on the ballot.

“The closing dates provide a formal obstacle that suggests he’d be better off making the decision earlier than later, because he forfeits some opportunities,” said James Campbell, a political scientist at the University at Buffalo.

Biden once set an end-of-summer deadline for his own decision, but that outlook was reshuffled after his son, former Delaware Attorney General Beau Biden, died of brain cancer in late May. In early August, Biden let it be known that he was actively considering a run. The intense interest and speculation stirred up by that disclosure has essentially frozen the Democratic primary campaign in place, as Hillary Rodham Clinton and the other candidates wait to see whether they’ll face another formidable contender.

Any announcement of a decision will now likely slip into late September or early October — possibly even later, according to several Biden aides, who weren’t authorized to discuss the timeline publicly and requested anonymity. For his part, Biden has said the decision comes down to whether he and his family determine they have the emotional energy to run.

“There’s no way to put a timetable on that,” Biden said last week.

In the meantime, the will-he-or-won’t-he parlor game is swirling around the political world and Biden, whose routine trips to conduct vice presidential business have taken on the tinge of campaign stops. On Thursday, Biden was traveling to New York for an event with Gov. Andrew Cuomo — a Clinton supporter — and a highly anticipated appearance on The Late Show with Stephen Colbert.

The process to get on the ballot varies greatly from state to state, creating a maze of requirements that campaigns must meet: petitions to be collected, signatures to be counted and notifications made to political parties, elections boards and state agencies. Caucus states like Iowa generally require far less legwork. Some states require a specific number of petition signatures from each congressional district. In Virginia, the people who collect the signatures must be Virginia residents.

Don’t make the ballot in time? You lose the chance to win any of those state’s delegates. A Brookings Institution analysis this week found that a candidate who misses the filing deadlines through January could forfeit as many as 2,232 delegates, a current estimate of the number needed to win the nomination.

While Clinton has hundreds of campaign staffers in Brooklyn and across the country who have been working the process for months, Biden would have to play catch-up in a matter of weeks. Over the summer, Biden’s political advisers started researching filing deadlines and other logistical requirements, aides said, but can’t start actively organizing unless and until he takes formal steps to enter the race.

Draft Biden, the super PAC urging Biden to enter the race, has made it its mission to prove to the vice president that the key ingredients for a competitive campaign are there should he take the plunge. The group has been appointing staff and building rosters of volunteers, and added state directors in New Hampshire and Nevada on Wednesday. But election law is clear that Biden’s official campaign — not a super PAC — has to do the nitty-gritty work of collecting signatures, paying filing fees and getting their candidate on the ballot.

“What we can do and what we are doing is identifying people in all 50 states people who want to see Joe Biden for president on the ballot in their states, and if so, would they be willing to help,” said Josh Alcorn, a longtime political adviser to Beau Biden and Draft Biden’s senior adviser. “Our goal is to have hundreds of thousands people signed up and ready to take action.”

Getting on the ballot isn’t the only factor making the calendar a key concern. Biden would have to raise tens of millions of dollars in a matter of weeks to be competitive. To take the stage with Clinton in the first Democratic debate, Biden would have to be in the race by the day of that debate — Oct. 13.