Howard Richard Brandt, 65, of Minnesota Lake died Tuesday, Sept. 22, 2015, at his home in Minnesota Lake surrounded by his family. Visitation will be from 1 to 4 p.m. Saturday at Bruss-Heitner Funeral Home in Wells, with military honors accorded by the Wells color guard at 4 p.m. in front of the funeral home. Please leave online condolences at brussheitner.com.  Bruss-Heitner Funeral Home in Wells is entrusted with arrangements. 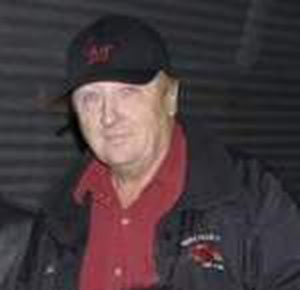 Howard “Howie” Brandt was born Aug. 17, 1950, the son of Eldo W. and Dorothy (Callahan) Brandt in Albert Lea. He graduated from Wells–Easton High School in 1968. Howard married Deborah Eckhardt on Sept. 22, 1973, in Wells. He lived his life in the Wells and Minnesota Lake areas. Howard was a member of the Minnesota National Guard. He was a farmer and worked for Wells Electrical Association. He retired from Wells Public Utilities as a line foreman. Howard was a life member of Wells American Legion and was a supervisor on the Minnesota Lake Township Board. He was a past president and member of the Maple Valley Classic Car Club, a member of the Wells Rifle and Pistol Club, and a snowmobile instructor. Howard collected Lionel trains, antique cars, old tractors, gas engines and as his wife said, “Everything but dust!”  Howard loved to fish — especially with his friends in Alaska.

He was preceded in death by his parents; brother, David; sister, Elaine; and sister-in-law, Leann Brandt.