A 21-year-old Austin man will face more charges after he briefly escaped from custody Friday at the Mower County Jail and Justice Center.

Dylan Leeper was in court for four cases before he managed to slip a hand out of his handcuffs. Leeper bolted through the building at about 1:45 p.m. and knocked down a woman during his escape, according to Mower County Sheriff Terese Amazi.

Austin J. Swisher of Rochester’s Swisher Law Firm was talking with a client in the second level hallway of the justice center after a hearing when the door of the courtroom burst open, hitting his client’s mother. Leeper ran out with a deputy in close pursuit.

Swisher and several deputies pursued Leeper and caught up to him in the parking lot south of the jail and apprehended him. 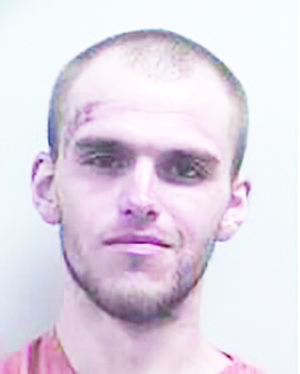 Leeper’s most recent pending court case stemmed from charges he allegedly stole from and beat a pizza driver with a metal baton in July.

According to a court complaint, Leeper allegedly approached a pizza driver shortly after 3:30 p.m. on July 31 at the 900 block of Third Avenue Northeast. The driver later told police he tried to deliver pizza to a home, but no one answered the door.

Leeper allegedly told the driver he was waiting for his friends to come with money to pay for the pizza, so the driver returned to his car to wait.

After about 15 minutes, Leeper went to speak with the driver and suddenly reached inside the car to grab the driver’s bank bag.

Leeper took off running while the driver chased him, according to the complaint.

At one point, Leeper turned around to hit the driver with a black metal baton just below his ear. Leeper eventually outran the driver.

The driver later identified Leeper due to the tattoo over his right eye.

On Aug. 2, police were called to the 300 block of Seventh Street Northwest for a domestic dispute involving a man beating a woman in the street. Officers interviewed people at a nearby home and found Leeper hiding behind a furnace in the basement. Leeper allegedly resisted arrest at the time, according to the report.

Leeper is on probation for allegedly stealing cars and getting into several accidents in southwest Austin earlier this year. He has also been charged with shoplifting in another case.

Amazi said jailers will now transport inmates using leg irons in addition to handcuffs. In addition, jail staff will go through retraining on how to properly handcuff inmates.

— Jason Schoonover contributed to this report