Memorial services for Joseph J. “Butch” Probst of Albert Lea will be at 10 a.m. Sept. 19 at St. Theodore Catholic Church. The Rev. Russell Scepaniak and Deacon Mike Ellis will officiate. Friends may greet the family one hour prior to the service at the church. Interment will be in St. Theodore Catholic Cemetery. 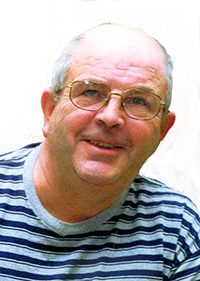 Joe was born Sept. 19, 1938, in Wilmont, the son of Joseph Sr. and Marcella (Hebig) Probst. He grew up in Wilmont and attended Our Lady of Good Counsel Catholic School. He served in the Minnesota Army National Guard and worked at Campbell Soup Co. in Worthington, before moving to Albert Lea in 1965.

Joe was a 4th Degree member of the Knights of Columbus Council No. 1590 and the Retired and Senior Volunteer Program. He was an avid NASCAR fan and enjoyed all Minnesota Twins and Vikings teams. Joe delivered motor homes, which gave him the opportunity to see a lot of the United States. During the CB craze of the ’70s his handle was “Tom Turkey,” because of his job loading turkeys for Land O’Lakes turkey processing plant in Albert Lea. Joe also ran a rental business for video games out of his home.

He was preceded in death by his parents Joe Sr. and Marcella; and brother, Michael.