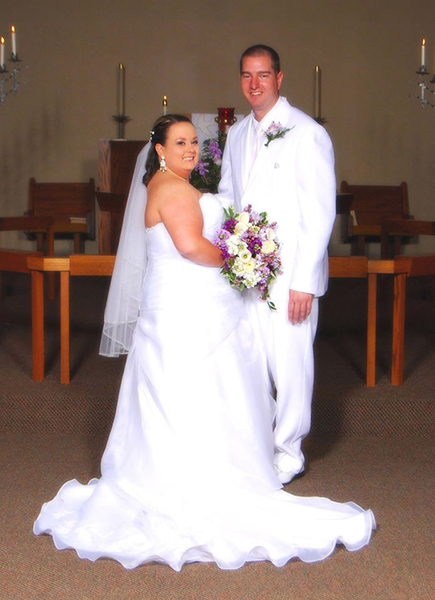 Amy Larson and Michael Mareck, both of Waite Park, were married during a double ring ceremony at 4 p.m. on May 30, 2015, at Hayward Lutheran Church. The Rev. Joel Erickson officiated. A reception immediately followed the ceremony at the Holiday Inn in Austin.

The groom is the son of Larry and Janice Mareck of Albany.

Zack Heinen, friend of the groom and son of Brad and Christine Heinen of Avon, and Connor Mareck of Waite Park, son of the couple, served as ring bearers.

Ushers were Mike Lemke of Fargo, brother-in-law of the groom, and Michael Larson of Brainerd, brother of the bride.

Carrie Boyer-Olvera was the soloist. Angie Ruhter of Austin, aunt of the bride, was the reader.

Rachel Laube-Bueckers of Foley, friend of the bride, served as personal attendant.

A wedding trip to the Dominican Republic is planned for January 2016.