The Morgenson children, with deep sorrow, announce that their sweet, beautiful mother, Margretta Evelyne Olson Morgenson, died in her sleep Monday, Aug. 31, 2015, at 83 surrounded by her family. 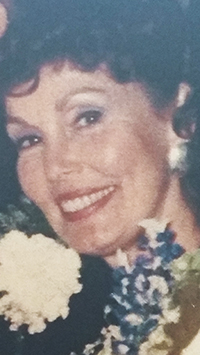 Gretta was born in Albert Lea Oct. 10, 1931. She spent her youth attending Albert Lea schools and graduated from St. Olaf College in Northfield, where she majored in religion and was a member of the Manitou singers. There she met John “Jack” Cooke Morgenson and married him in December 1952. Gretta started her married life with Jack in San Diego when he was in the Marine Corps. After the Marine Corps., Jack and Gretta and their five children were transferred to many states during Jack’s 35-year tenure with JC Penney Co. They lived in Minnesota, Iowa, Wisconsin, Illinois, Missouri and Connecticut, until retirement in Plano, Texas. Their most recent home was in St. George, Utah.

During their 62 years together, Gretta and Jack loved traveling to countries such as Canada, Ireland, Poland, Spain, Scotland and Australia, just to name a few. Their most treasured vacations were their 19 summers up in Park Rapids on Long Lake. There they enjoyed spending time with loved ones and dear friends.

Gretta had a passion for singing in the church choir, Bible studies, traveling, book clubs, gardening, painting and — most of all — her love for Jesus Christ. She was the most nurturing, loving and encouraging mother. She was happy and positive right up to her last breath. Her smile never left her.

In lieu of flowers, please donate to the Wounded Warriors fund at support.woundedwarriorproject.org in memory of Gretta Morgenson.