Funeral services for Marion Pauline Ball will be at 11 a.m. Friday at Bonnerup Funeral Service,  2210 E. Main St. in Albert Lea. The Rev. Janet White will officiate.Interment will be in Graceland Cemetery. Visitation will be one hour before services at the funeral home. 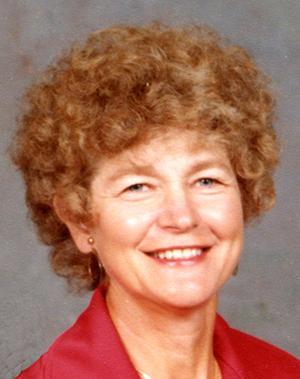 Marion was born to William and Rhoda (Bothun) Pleiss on July 26, 1925. She married Raymond Ball in 1946 and to this union a son, Steve, was born, to whom they dedicated their lives.

Marion was a product of the Great Depression and a part of the greatest generation. She often spoke of working in the hot sun of the 1930s, weeding onions on her uncle Albin’s farm.

She had a strong work ethic, working over 40 years for Northwestern Bell Telephone Co. as a switchboard operator and then as a sales representative. No task was too early to start or too late to end. She thought she could fix anything and sometimes she did.

She was up for anything. She was an avid golfer and bowler, and was pretty good at both. Skiing — not so much — she broke her leg the first time out. When Marion and Raymond first started golfing they played 54 holes in one day while on vacation in Alexandria. They came close to matching this feat many times in subsequent years.

Marion was an active member of Grace Lutheran Church for many years. She was also a member of bridge and sewing clubs for over 50 years. She enjoyed the members friendship and entertaining them when her time came to do so. She was a fan of “Wheel of Fortune,” and even solved a puzzle once in awhile. The same can be said for “Jeopardy.” Upon departure from home she was always the last one out of the house, making sure countertops were clean, no crumbs were on the kitchen table, all doors shut and making sure toilet paper didn’t unravel in everyone’s absence.

Marion and Raymond helped raise their three grandchildren with love and affection. She made family get togethers special with her good cheer and good cooking. She created lasting memories for the grandchildren. Her son said, “I lost one half of my constant traveling companions. Our lives have been alterably changed.”

Steve also stated, “Mom died with dignity. Her many nurses and attendants commented that she was a wonderful lady. Her usual response to, ‘How are you feeling?’ was ‘I’m just fine, how are you?’ Her family regrets that they were unable to tend to her needs in her final days at home as she did for her mother and aunt Cora.”

Marion is preceded in death by her father, William; mother, Rhoda; brother, Roger, who died on the Indianapolis; beloved sister, Margie McCorkle; father and mother-in-laws Ora, Edna and Dorothy Ball; and special aunt and uncle Cora and Albin Erickson.