Dr. Martin Hugh McIntyre passed away Thursday, Sept. 17, 2015. Family and friends will gather to celebrate his life of 85 years at 6 p.m. Tuesday at Lake Ridge chapel in Lubbock, Texas. A tribute of Martin’s life may be found at www.memorialdesigners.net, where those who knew him may leave memories and expressions of sympathy for his family. 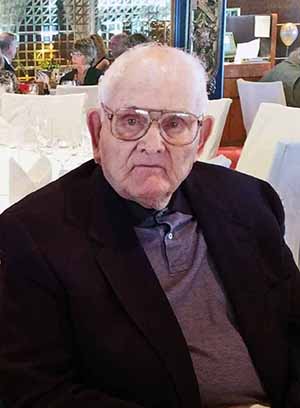 Martin McIntyre was born on Oct. 12, 1929, in Vinton, Iowa, to Victor Dewey and Martina Lisbeth McIntyre. His father was a salesman and advertising artist for the J. C. Penney store there. At an early age the family moved to Clarks Grove, where his father took over management of a farm that belonged to one of the family members. This is where he grew up. His father did the farming, his mother was a teacher and Martin and brothers Bruce and Hoyt helped with the chores.

Upon graduation from Ellendale High School, he attended what was then called Mankato State Teachers College in Mankato. He was on the football team and he completed his Bachelor of Science degree in 1951. His schooling prepared him for teaching, as well as directing and coaching sports.

He then went on to graduate from the University of Iowa, in Iowa City, Iowa, where he completed his Ph. D. His next position was at Western Illinois University, followed by six years at the State University of New York at Buffalo. In 1975 he was appointed chairman of the department of health, physical education and recreation at Texas Tech University, where he served until his retirement in 1994.

Martin was an avid fisherman and RV-er and past president and active member of the Cotton Country Travelers RV group. He had a tremendous appreciation of the beauty of Minnesota and Canada, and would trek north to fish at every opportunity.

He leaves behind his wife of 66 years, Mavis; daughter, Marilyn McIntyre, and son-in-law, Brian McCormick, of Lubbock; son, Thomas, and wife, Jeanene, of Burleson, Texas; grandchildren Daniel Nelson of Lubbock, Torrie McIntyre and Tate McIntyre of Burleson, as well as Kelsey and Roland Adams of New Braunfels, Texas; and his great-granddaughter, Norah Grace.