Funeral services for Marvin L. Schnebly will be at 4 p.m. Friday at St. Theodore Catholic Church in Albert Lea. Visitation will be one hour prior to the service at church. The Rev. Russell Scepaniak will officiate. 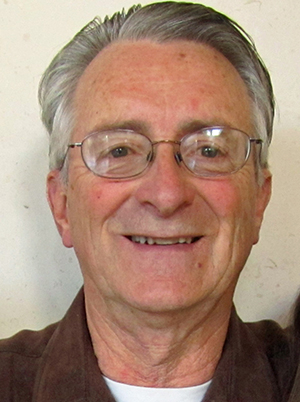 Marvin “Marv” Schnebly was born on Oct. 9, 1938, to Virgil and Alta (Miller) Schnebly in Albert Lea. He attended and graduated from Blooming Prairie High School in 1956. He enlisted in the United States Army and was honorably discharged in 1961. He returned to the area and started a career as a farmer.  On Sept. 20, 1969, he was united in marriage to Cecelia (Gall) in Owatonna. To this union, three children were born. Marv and Cecelia made their home in rural Geneva.

Marvin worked as a farmer in his younger years and later took a job at Watonwan Farm Services in Clarks Grove. He retired in 2010. Marv was a member of St. Mary’s Catholic Church in Newry Township. He also served as the treasurer for Geneva Township, as well as Prairie Manor Nursing Home in Blooming Prairie. His hobbies included fishing, gardening, playing cards, and fixing machinery, and he took up golf later in life. He was a genuine, caring and kind-hearted man. Marv had a contagious sense of humor, always making jokes and finding the good in every situation. Marv was laid back, always stating, “Everything is under control,” even if nobody else thought so.

He is preceded in death by his parents; and a brother, Dale (Teri) Schnebly.