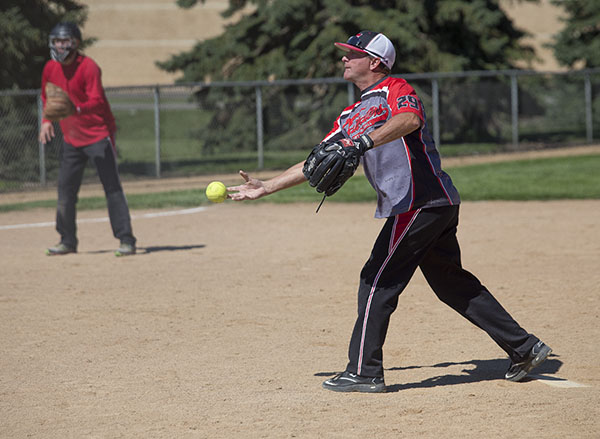 The eighth annual Ryan Truesdell Memorial Softball Tournament was Saturday and Sunday at Snyder Field in Albert Lea. The tournament remembers Truesdell, an avid softball player, who died on Aug. 14, 2007, when he was trapped in a grain elevator at the Glenville Grain elevator. – Colleen Harrison/Albert Lea Tribune

Ryan “Pie” Truesdell tragically passed away eight years ago, but his memory is still very much alive in Albert Lea. 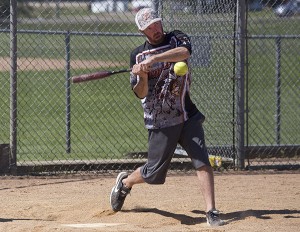 The tournament remembers Ryan Truesdell, an avid softball player, who died on Aug. 14, 2007, when he was trapped in a grain elevator at Glenville Grain. He was 20 years old and about to start another semester at Rochester Community Technical College, where he played baseball and was studying to go into health and education. He was voted to the Big Nine All-Conference baseball team during his junior and senior years at Albert Lea High School.

In addition to softball, this year’s tournament included a raffle, dunk tank, face painting, food and prizes, among others.

The entry fee was $150 for a three-game guarantee, and the money raised goes toward the Ryan Truesdell Memorial Fund to benefit area sports. Some of the donations in years past have gone toward the Albert Lea Grizzlies, Albert Lea Knights and Albert Lea High School Tigers, to name a few.

“We’re versatile, but it usually goes towards local youth,” said Ryan Truesdell’s father, Scott Truesdell. “We like to keep the money local.”

Scott Truesdell said out of the various teams that participated in the tournament, some came from as far as Mason City, Mankato and the Twin Cities. 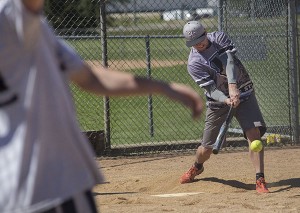 Both Scott Truesdell and fellow tournament organizer Ray Bohonek, along with Ryan Truesdell’s sister, Celina Campagna, called the weekend a big success and wanted to thank everyone involved with supporting Ryan Truesdell’s legacy. They cited good weather and great volunteers as helping everything with the tournament’s large turnout to run smoothly.

“He would be humbled by us doing a tournament in his memory,” Campagna said of her brother. “He cared about this community and youth.”