MnDOT could use drones for inspections 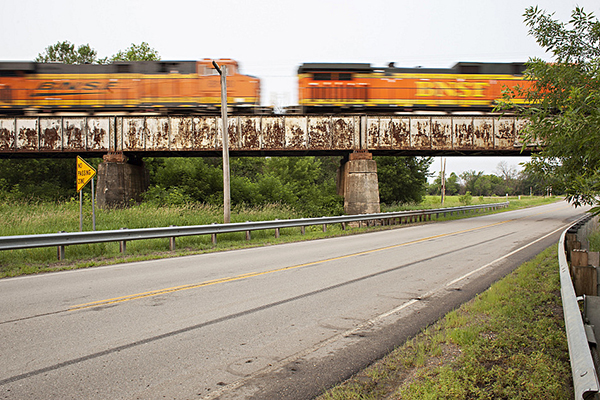 The Minnesota Department of Transportation could soon fly drones over and under bridges to gather close-up imagery of structural flaws during its annual inspection period.

MnDOT started a two-phase study this summer to determine if unmanned aerial vehicles could do the job cost-effectively. The first phase found the technology was able to gather the same data as traditional methods of inspections from the ground using trucks, ladders and lifts. The research team tested drones on four bridges in Chisago, Olmsted, Morrison and Washington counties.

The department will kick off the second phase of the study in November when inspectors plan to test drones on the Blatnik Bridge in Duluth.

“The drones will help access places that we normally couldn’t or would be a safety hazard to an inspector,” she said.

The department spent around $35,000 on the first phase of the study and has dedicated another $75,000 from research funds for the second phase. The agency is studying which bridges could be inspected in the future, as well as the safety of a drone program compared to the way bridges are inspected now.

MnDOT is responsible for inspecting more than 20,000 bridges of 10 feet or more and over 4,500 trunk highway bridges. The inspection season runs from April to the end of October.

Before it could use inspection drones regularly, the state transportation agency would need Federal Aviation Administration approval. The FAA continues to receive thousands of requests for drone operations from commercial and public entities.

The FAA gives “section 33” certificates for drones on a case-by-case basis after looking at the safety and location of where drones would operate. Common public uses include law enforcement, military training and border patrol.

The FAA has registered 1,732 petitions through the section 33 program.

Patrick Eddington, policy analyst in homeland security and civil liberties at the Cato Institute, says he sees some value in drones, but is skeptical of the data they gather.

“Is it going to be passing over the bridge in such a way that it actually captures the license plates, the faces, of drivers and their vehicles?” he asked. “If that’s the case then I certainly think that they need to have a system in place that ensures that that kind of information is completely scrubbed from any kind of imagery database.”

“Part of that is providing a privacy plan to make sure we’re not gathering information outside the scope of what we’re doing in regards to an inspection,” she said.