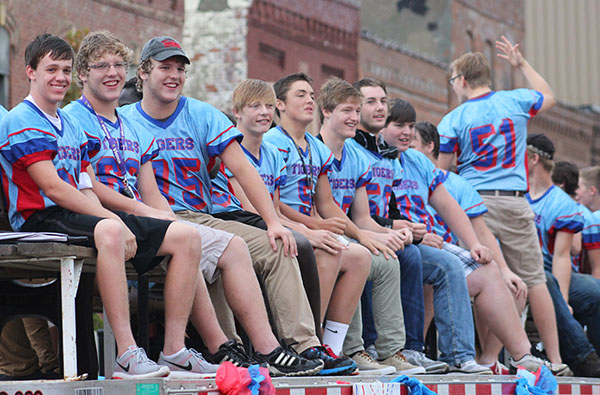 The varsity football, soccer, hockey and swimming teams and other groups made their way down the street while children clamored for candy and parents reveled in the festivities.

The Albert Lea mascot, a tiger, was featured as the school fight song played.

Junior Trent Johnston, a football player who suffered a probable season-ending injury, is excited for the Homecoming game.

A senior dinner and dance were held Monday night at Wedgewood Cove.

A bonfire for grades eight through 12 at Hammer Field will be tonight following the girls’ soccer game. The bonfire will last until 10:30 p.m.

Tailgating, a National Guard climbing wall, inflatables, concessions and yard games will be held Friday. The powder puff game is scheduled for 1:30 p.m., and the Homecoming football game against Marshall is at 7 p.m.  Following the game, there will be a Homecoming dance at the high school. The dance costs $6, $5 with a coupon.

“I’m excited, because it’s great to see all the classes coming together, dressing up and having fun,” senior Tyler Doran said. 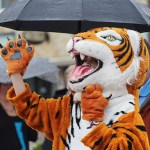 The Albert Lea High School Tigers mascot waves to the crowd at the start of the Homecoming parade on Broadway. Sarah Stultz/Albert Lea Tribune 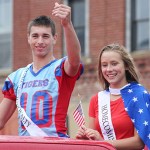 Jake Kilby and Katie Rasmussen wave to the crowd on Wednesday during the Homecoming parade in downtown Albert Lea. – Sarah Stultz/Albert Lea Tribune 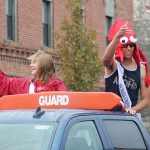 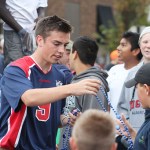 A junior varsity soccer player hands out necklaces during the Homecoming parade in downtown Albert Lea on Wednesday on Broadway. Children collected candy, necklaces and temporary tattoos from the participants in the parade. – Sarah Stultz 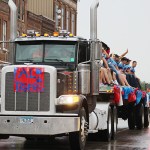 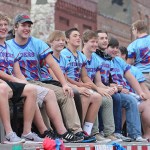