A memorial service for Rilla M. Sanchez-Rivera will be at 2:30 p.m. Monday at Bonnerup Funeral Home chapel in Albert Lea. The Rev. Don Preston will officiate. Visitation will be one hour prior to the service. 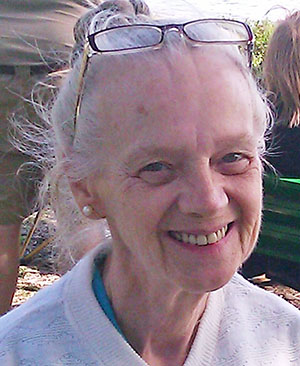 Rilla Marlene (O’Daffer) was born on Dec. 6, 1946, to Wayne and Lucille (Niehaus) O’Daffer in Albert Lea. She was a resident of Albert Lea her entire life. She attended and graduated from Albert Lea High School in 1965.  She continued her schooling to become a beautician, later using that talent to cut hair for her friends and family. She was employed as a certified nursing assistant at St. John’s Lutheran Community and worked there for 33 years, until her retirement.

In her free time Rilla enjoyed taking care of her yard and plants, enjoying time with her cat, Fanny Mae, and Gaylan’s dog, Haus, who would help her pick dandelions. She liked to crochet, macramé and read. Rilla enjoyed every moment spent with her family, often singing and dancing with her grandchildren. She was a very welcoming person who always greeted people with a hug and a smile. Later in life she was blessed to be reconnected with her daughter, Gretchen, who had been given up for adoption when Rilla was a young adult. This re-established connection was life-changing for the entire family.

She is preceded in death by her parents; grandson, Steven Nielson; and nephew, Christian Hanson.