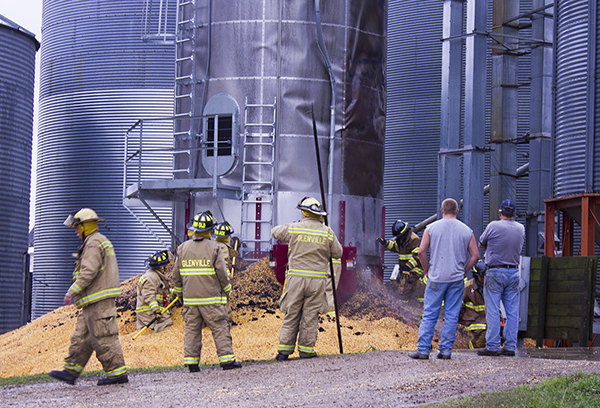 GORDONSVILLE — Firefighters from multiple agencies responded to a grain dryer fire Wednesday morning at a rural farm south of Glenville.

The grain dryer, at Anderson Farms, 82632 110th St., was deemed a total loss by the Freeborn County Sheriff’s Office.

There were approximately 2,400 to 2,500 bushels of corn inside the structure when the fire started, said farmer Nick Anderson. He said the corn was a total loss. 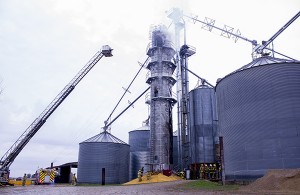 The cause of the fire is unknown. No injuries were reported.