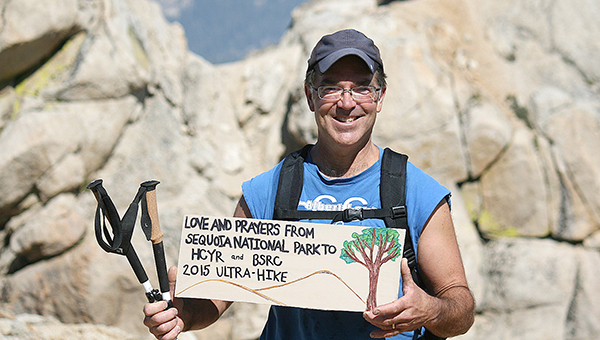 Bryce Gaudian of the Hayward area stands on the Alta Peak in Sequoia National Park at an elevation of 11,207 feet. He holds a sign for the children at Hill Country Youth Ranch and Big Springs Ranch for Children. — Provided

Bryce Gaudian of the Hayward area returned from his 2015 fundraising effort for Hill Country Youth Ranch in Ingram, Texas, and Big Springs Ranch for Children in Leakey, Texas, according to a press release.

Gaudian set out to raise $70,000 for the ranches so nine specific projects at the ranches could be fully funded. 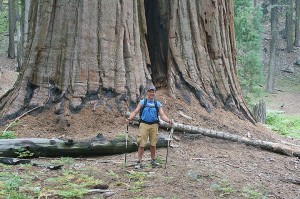 Bryce Gaudian stands in front of a giant sequoia at Sequoia National Park in California. He raised over $70,000 for traumatized children with his hike. — Provided

Generous donations were from as far away as Hawaii and Alaska to the west, Mexico to the south, Canada to the north, England to the east, and literally from coast to coast and 29 of the 50 states.

This 2015 effort for these ranches, which Gaudian said are “epicenters of compassion,” comes on the heels of last September’s 49-mile ultra-hike in the Grand Canyon that raised more than $52,000 for four outdoor recreation projects for the children.