ST. PAUL — A former Minnesota state senator launched his bid Tuesday for a 2nd Congressional District seat left vacant by retiring Rep. John Kline, becoming one of few people entering the race that was expected to attract a rush of candidates.

John Howe vowed to put up to $500,000 of his own cash into his campaign for the Republican nomination, a show of faith for what he expects to be a tough run — first in a primary, then in a general election. Howe represented the Red Wing area for one term as a state senator after serving as mayor of Red Wing. 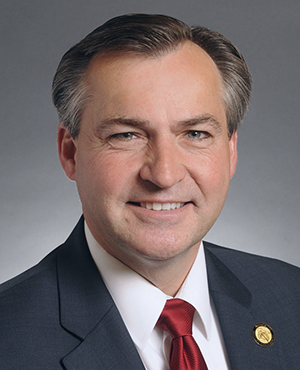 He joins just one other Republican and two Democrats in vying for Kline’s seat in a swing district that is expected to be competitive in 2016 and spans from southwestern Minnesota to suburbs of the Twin Cities. Kline, a powerful committee chair in the House known for his fundraising ability, kept a tight hold on the district since first being elected to the seat in 2002. His announcement earlier this month that he would not seek re-election reshaped the contest, opening the door for candidates from both parties to step in.

However, the race has been defined more by the big names that have passed on running.

That leaves the GOP field with Howe and David Gerson, who ran in 2014 but lost the party’s endorsement to Kline.

Gerson and two Democrats — St. Jude Medical executive Angie Craig and Minneapolis doctor Mary Lawrence — announced their candidacies before Kline said he would step down. Another Democrat, longtime State Rep. Joe Atkins, is still mulling a run while Democratic Rep. Rick Hansen has ruled one out.

Howe said he was surprised to be the first candidate to enter the race since Kline decided not to run.

“I think everybody knows this is going to be a long race to win,” Howe said.

Gerson attributes the lack of more candidates to his own campaign piling up the support of delegates in the district, who will vote in next year’s endorsing convention.

“I think there’s a clear recognition that we will be receiving the endorsement in 2016,” Gerson said. “How much that has weighed into everyone’s calculations, I’ll leave it to the professionals to determine.”

Howe wouldn’t say whether he’d abide by the party’s endorsement.