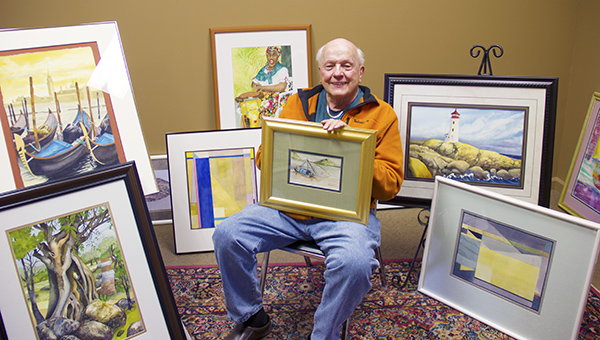 Dixieland comes to town Friday with the Albert Lea Art Center’s sixth annual fundraiser from 5:30 to 7 :30 p.m. at Wedgewood Cove.

This will be a Southern-style event — from the music to the food to the décor, according to Donna Widenhoefer, volunteer with the Art Center.

Event-goers will have the chance to taste different wines and beers, win door prizes and bid on silent and live auctions. Auction items include camping equipment, gift certificates to local businesses and art pieces. Some of the art is from the center’s collection and includes a variety of paintings in watercolor and acrylic.

“This is our sixth year for the fundraiser,” Widenhoefer said. “You want to have a different theme every year. We’ve done Italian and Western and other themes, so we said let’s try Southern this time. You want to make it lively and interesting to people.”

Dixieland refers to a type of jazz that developed in New Orleans at the start of the 1900s. One of its well-known songs is “When the Saints Go Marching In” and one of its famous musicians is the legendary Louis Armstrong.

The fundraiser will also feature artist James Wegner of Austin who taught at the junior and senior high schools there for 10 years, and then at River Community College for 28 years. He retired from the college in 1995; the art gallery at the Austin campus is named in honor of the faculty emeritus. Wegner now teaches through the Austin ArtWorks Center.

Wegner holds a master’s degree from the University of Minnesota with an emphasis in painting and art history. He has done additional graduate work at the University of Colorado, along with Minnesota State Universities in Mankato and St. Cloud. He has studied with noted artists Max Weber, Millard Sheets, Dong Kingman, Carol Morris, Richard Diebenkorn, Ralston Crawford and Cheng Kee Chee. Wegner has received awards for his work in oil, acrylic, watercolor, printmaking, ceramics, sculpture and fiber.

His work is in a number of private collections on the East and West Coasts, in the Midwest, Canada and Europe. He has exhibited at the Walker Art Center, Minneapolis Art Institute, Duluth Tweed Gallery, Mason City Macnider Museum, Rochester Art Center and Naeve Hospital in Albert Lea.

“Simple forms derived from nature become my primary concern. I like to work directly with my material, allowing the forms to emerge as natural and uncomplicated as possible. The things an artist makes become the best testament to what he feels and believes,” reads his artistic statement.

What: “Art and Dixieland” fundraiser