Memorial services for Stacey Kay Anderson, 50, of Albert Lea will be at 2 p.m. Thursday at Bayview/Freeborn Funeral Home chapel. The Rev. Mark Niethammer will officiate. Interment will be in Lakewood Cemetery. Friends may greet the family one hour prior to the time of the service at the Bayview. Online condolences are welcome at www.bayviewfuneral.com. 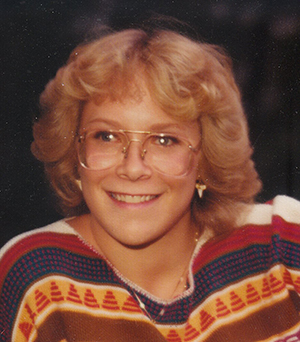 Stacey Kay Anderson was born on Aug. 23, 1965, in Albert Lea, the daughter of Dale and Nancy (Rippentrop) Anderson. She grew up in Albert Lea and graduated from Albert Lea High School in 1983 and from Austin Community College in 1986. Stacey married Randy Charlton at The Little Brown Church in Nashua, Iowa, in 1988. They later divorced. She was baptized and confirmed at Salem Lutheran Church. Stacey managed many different apartment complexes in Minnesota, Kansas and Oklahoma. Most recently she worked for American Eagle in Ottawa, Kansas. She enjoyed reading and watching TV, listening to music and hanging out with good friends. Most of all, she enjoyed time spent with her family — especially her grandson, Joshua.