Memorial services for Thomas Marion Kerns will be at 10 a.m. Saturday at St. Mary’s Catholic Church in rural Blooming Prairie. The Rev. Adam McMillan will officiate. Visitation will be from 5 to 8 p.m. Friday at Bonnerup Funeral Service in Albert Lea and again one hour prior to the service at the church.

Thomas M. Kerns Sr. of Geneva passed away Saturday, Aug. 29, 2015, at his home surrounded by his loving family. 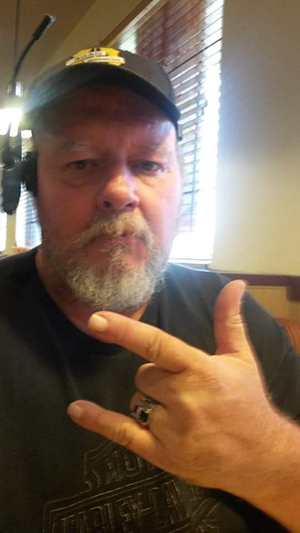 Tom was born on Nov. 12, 1960, to Connie (Mask) and Glen Kerns in Maricopa, Arizona. He lived in various other states including California, Wisconsin, and most recently, Minnesota. He married his wife, Sarah, in Myre-Big Island State Park near Albert Lea on June 4, 2011. Together they made their home in Geneva.

Tom had a lifelong career as a truck driver, starting in 1988 and was self-employed. He enjoyed working on classic cars and enjoyed music — including singing karaoke and playing guitar.

Tom is preceded in death by his parents; brother, Glen Jr.; and brother-in-law, Danny Hawkins.