Funeral services for William M. Hunter, 74, of Twin Lakes will be at 1:30 p.m. Wednesday at Bayview/Freeborn Funeral Home. The Rev. Jamie Cameron will officiate. Interment will be in Fort Snelling National Cemetery with military honors accorded. Visitation will be one hour prior to the service on Wednesday. Online condolences are welcome at www.bayviewfuneral.com. 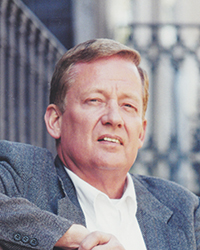 William Martin Hunter was born Aug. 6, 1941, in Minneapolis, the son of Martin and Anna (Foss) Stirriup.

He grew up and graduated from high school in Minneapolis. Bill graduated from Metropolitan State University with a bachelor’s degree. In July of 1966 he was married to Lizabeth Lundin in Detroit Lakes. Bill served his country in the U.S. Army as a medic and an M.P. He worked on the ambulance crew at Hennepin County Medical Center, and as a bus driver and mechanic for the MTC in Minneapolis. He moved to this area in his retirement several years ago. Bill enjoyed writing poetry and trying out new places to eat. He enjoyed western movies, war movies and shows on the history channel. He loved his cat, Checkers.

Survivors include his daughter, Sheliah Lundin, of Jordan; and grandson, Jake Lundin.

Bill was preceded in death by his parents.