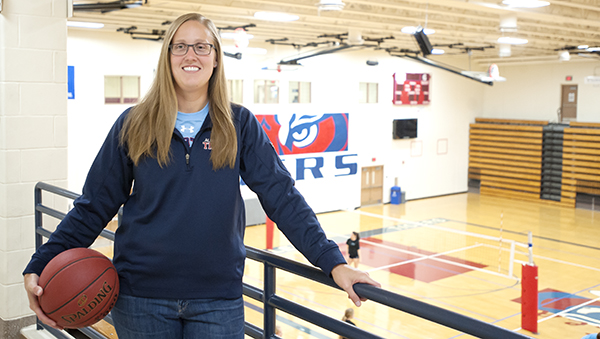 Behind a first-time head coach who has four years of playing experience at the collegiate level, the Albert Lea girls’ basketball program is headed in a new direction.

Gina Klennert was hired in mid-June to lead the Tigers on the court.

“I know she has fun, but she’s still going to demand respect and hard work,” said Albert Lea Athletic Director Afton Wacholz. “Her involvement with the boys’ program stuck out, and she had an awesome interview. It was a no-brainer for us.”

Klennert also has experience as an assistant coach with the boys’ basketball, volleyball and softball programs, Wacholz said. 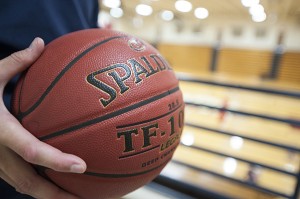 The team Klennert inherited was 3-24 last season and hasn’t had a winning season since 2006-07, when the Tigers were 18-9 and finished fourth in the Big Nine Conference standings.

“Expectations from outsiders might not be the highest, but I’m looking into the long-term bigger picture and building a program,” Klennert said. “I’m excited for the season.”

After graduating from Lake City High School, Klennert played in the post for the women’s basketball team for four years at Luther College in Decorah, Iowa. As a senior, she led the Norse with 17 blocks and averaged five points and four rebounds per game.

Tewes took the court for 27 games and averaged 1.4 points per game, while Rehnelt played in 11 varsity games with an average of 3.2 points per game that included six 3-pointers.

After graduating from Luther College in 2010, Klennert said she was a long-term substitute teacher at St. Anthony Village High School in St. Anthony for a year and moved onto teaching positions at Chisholm High School and Lanesboro High School.

At Chisholm, Klennert said she had the opportunity to learn from Bob McDonald, Minnesota’s all-time winningest basketball coach. According to “Travels and Tribulations — A Coach’s Journey,” a book McDonald co-authored, he coached boys’ basketball for 59 years and had a lifetime record of 1,012-428.

“He’s definitely been a driving force in my coaching career,” Klennert said. “To have a coach who’s that established take the time to talk to me — someone who’s just getting into that position — meant a lot.”

In addition to keeping in touch with her high school and college coaches, Klennert said she keeps in touch with McDonald as well.

“Any time he saw me, he’d take the time, strike up a conversation and get to know me,” she said. “We still keep in contact. He’s not an email guy. He always writes in Sharpie marker in all capital letters.” 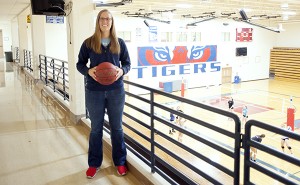 After a stint as the JV girls’ basketball coach at Lanesboro, Klennert was hired as a physical education instructor at Albert Lea in 2013.

Outside of coaching, Klennert said her hobbies are running, lifting weights and playing golf.

This fall, Klennert said her goal has been to attend each home sporting event.

“I want them to know that I’m supporting them, even if it’s not just on the basketball court,” she said.