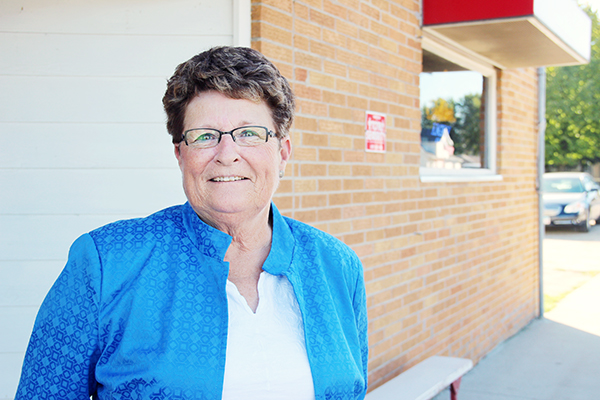 She said as members age, there must be more younger members to join for the organizations to survive.

“If we ever lose it, we’ll never get it back,” Fredrickson said.

Fredrickson, herself, joined the American Legion Auxiliary Glenville post in 1980.

“I have always beleived very strongly in support for veterans,” she said.

In 1999, she said her sister asked her if she would help be the district secretary. With so much going on in her life at that time, she initially said she was too busy, but ultimately agreed to serve for one year.

The service grew from there.

Over the years she served in many positions, and five years ago she was asked to consider running for the department president. Before serving as president, leaders first serve as second vice president and then first vice president.

She said in her position as president she will travel to other units across the state as she is invited.

“It’s an honor to serve them in this way,” she said. “We women need to realize when it comes to veterans’ rights, our numbers count.”

“I really feel privileged to be a member because not everybody can be,” she said. “There has to be that veteran connection.”

Fredrickson, who is a registered nurse case manager at Mayo Clinic Health System in Albert Lea, began as president at the end of July. Her service continues through August 2016.

In her spare time, Fredrickson said she enjoys crafting, gardening and quilting. She has two sons and four grandchildren and enjoys spending time with them. She is also heavily involved with First Lutheran Church in Glenville.

She said there will be an event on Nov. 21 at the Glenville American Legion post that will bring in people from across the state.