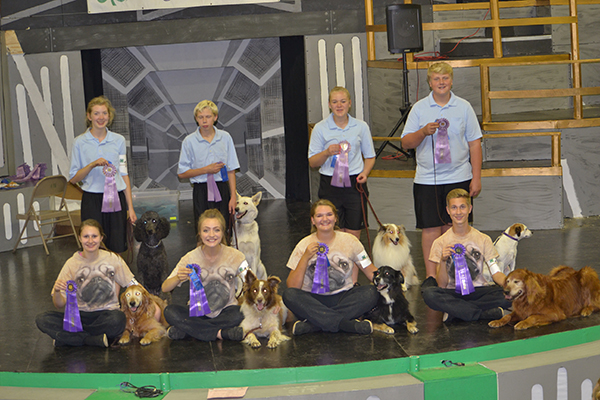 Both the champions and reserve champions of the Four Dog Team category at the Minnesota State Fair were from Freeborn County. Grand champion winners Emma Iverson, Betsy Wagner, Sara Kabrud and Noah Iverson display their ribbons while sitting with their canines as reserve champions Mariah Posthumus, Sam Louters, Maddie Schei and Louis Wagner stand with theirs in the back row. A four Dog Team is a class where you have teams of four kids and four dogs showing together doing the same command at the exact same time. There were 12 teams from all over Minnesota competing against each other in this class. – Provided

APPLE VALLEY — A 49-year-old Eagan woman has pleaded guilty to second-degree manslaughter in the 2012 death of her infant... read more