Art Center fundraiser pays tribute to one of fashion’s greats 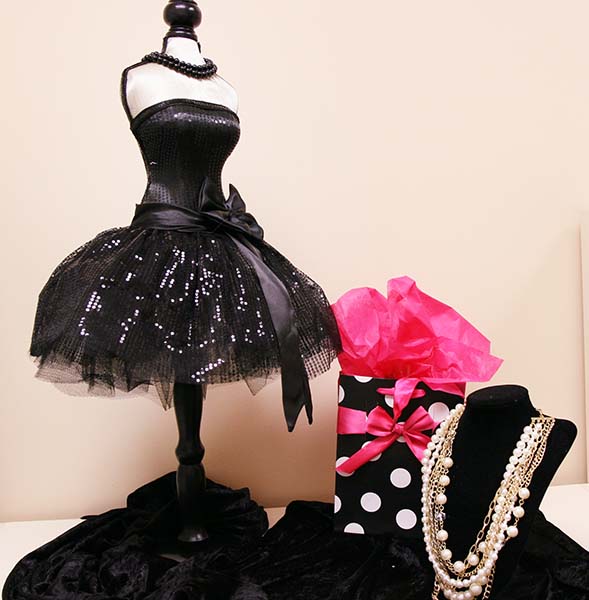 Fashion will be the focus of a fundraiser for the Albert Lea Art Center from noon to 3 p.m. Saturday at the Marion Ross Performing Arts Center. – Cathy Hay/Albert Lea Tribune

The focus will be on fashion with the Albert Lea Art Center’s “Tribute to Coco Chanel” Saturday at the Marion Ross Performing Arts Center.

The fundraiser opens with a light lunch at noon catered by The Interchange in the theater’s green room. It continues with a 1:30 p.m. presentation by Marlys Coady of upscale retailer Nordstrom in the Twin Cities. The event will wrap up with a style show starting at 2 p.m.

Gabrielle Bonheur “Coco” Chanel was a pioneering French fashion designer credited with redefining style for women in the era following World War I. She was the founder of the famous fashion, fragrance and makeup brand, Chanel. She was the only fashion designer to make Time magazine’s list of 100 most influential people of the 20th century.

“The little black dress was started by Coco,” said Marty Shepard, artistic director for the Art Center. “It’s one of her themes that has lived on.”

A little black dress is a simple, elegant black dress that can be dressed up or down depending on the occasion, with a jacket and pumps for daytime business wear or with ornate jewelry and accessories for evening wear. Little black dresses from Albert Lea women will be on display during the lunch.

What: “Tribute to Coco Chanel” lunch, lecture and style show

After lunch, Coady will speak on current trends influenced by Chanel, Oscar de la Renta and others. Coady has 18 years of sales and management experience, previously with the brand Ralph Lauren and currently with Nordstrom as a design specialist for Oscar de la Renta and as a personal shopper.

De la Renta was born in the Dominican Republic and at age 18 moved to Spain to study painting. Enticed by fashion, he switched his focus and quickly rose in haute couture. His flattering and feminine pieces inspired women all around the world, with several American first ladies wearing his fashions — from Jackie Kennedy to Michelle Obama. His line is known as casual luxury with delicate silk prints, ruffles, soft silhouettes and vibrant palettes.

At the style show, which will be upstairs in the theater, community members will model several outfits collected from many places.

“The clothes could be from a local consignment store or from the closet of the model or someone we know,” Shepard said.

During the style show the Art Center will give away many prizes, including purses, jewelry and even a coat.

While Chanel and de la Renta may sound elite for a small city, Shepard said the styles will be down to earth.

“This is also a teaching moment about Coco Chanel and what she meant to style,” she said. “Perhaps people will be inspired to make changes in their own wardrobes.”

As Chanel was once quoted, “A woman can be overdressed but never over elegant.”