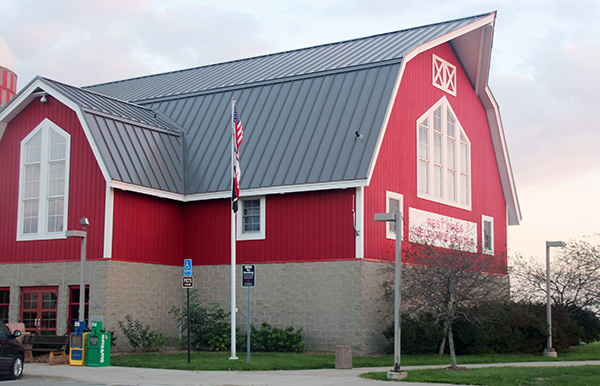 Authorities responded Tuesday night to a report of a deceased male in a vehicle in the parking lot of the Top of Iowa Welcome Center. – Sarah Stultz/Albert Lea
Tribune

NORTHWOOD — The Worth County Sheriff’s Office is investigating after a man was found dead in a vehicle at the Top of Iowa Welcome Center in Northwood.

Though the man’s cause of death has not been determined, there does not appear to be foul play involved, according to the Sheriff’s Office.

Deputies were alerted to a possible deceased male in a vehicle at 4:26 p.m. Tuesday. When they arrive on scene, they found him in a vehicle in the parking lot.

Authorities have not released the man’s name, pending notification of his family.

According to the Sheriff’s Office, the man’s body has been turned over to a medical examiner.

The Sheriff’s Office was assisted at the scene by Northwood Rescue and Mason City Ambulance.

The welcome center is at the exit for Diamond Jo Casino.