A memorial service for John Van Riper will be at 2 p.m. Thursday at Round Prairie Lutheran Church near Albert Lea. The Rev. Kent Otterman will officiate. Visitation will be one hour prior to the service at church. 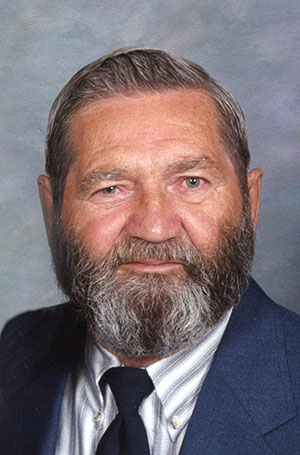 Carroll “John” Van Riper, 88, died Monday, Oct. 26, 2015, at Albert Lea Medical Center. He was born on May 16, 1927, to Gladys (Wilson) and James Van Riper in Albert Lea. On June 26, 1949, he married Irene A. Anfinson at Methodist Church in Albert Lea. Together they made their home in Albert Lea until moving to rural Glenville in 1967. John was a mechanic all his life, working at Wilson & Co. and Farmstead Foods.

Some of John’s favorite activities included snowmobiling, hunting, taking trips in his motor home, camping, working with horses and Friday night bowling. He enjoyed tinkering in the garage and spending time with his family. He especially enjoyed his grandchildren and great-grandchildren.