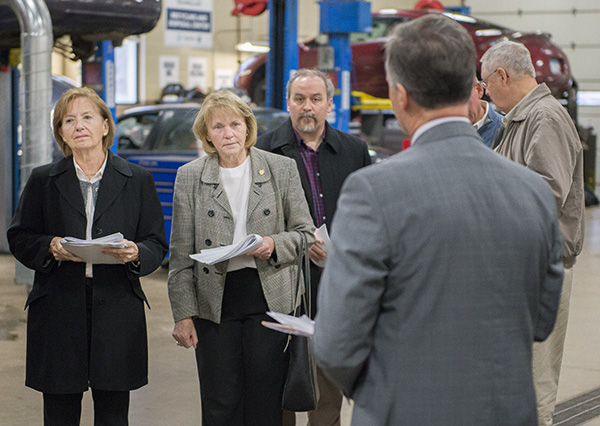 Adams’ presentation was one of four to the committee by city, Freeborn County and Riverland Community College officials requesting state funding for various projects. The committee is touring the state to hear requests and also made a stop in Austin.

According to Adams, the investors will need state dollars to proceed, unless the city was to commit taxpayer funds to the project, which the city isn’t planning.

The investors are inquiring about the process and one is beginning to pull in some investors for the lakeshore, Adams said. 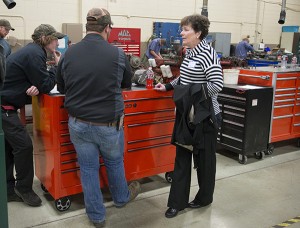 Adams said most of the Albert Lea Lake lakefront needs to be secured by private developers before development begins.

The city is requesting $15 million in state bonding for the project.

The request is for two phases. The first is for $3.5 million to move Front Street north to make way for lakefront development. Preliminary preparation work would occur north of the railroad. The city is requesting $11.5 million for the second phase of the project that includes the construction of a 115,000-square-foot community center, plus additional work north of the railroad.

The land has sat unused since a fire at the former Farmland Foods plant in 2001, and the owners opted not to rebuild.

“I thought it went great,” said District 27 Sen. Dan Sparks, DFL-Austin, a member of the Capital Investment Committee, of the session. “The presenters did a wonderful job, and the Senate members were impressed.”

Freeborn County Administrator John Kluever presented a $1.5 million bonding request to the committee for the design of the Bent Tree Trail. The approximately 12-mile, multi-use trail would span from Madison Avenue in Albert Lea to near Hartland, Kluever said. The trail would connect to the bike lane on Front Street that connects to the Blazing Star Trail.

The funding would be for a bridge on the west side of Albert Lea, other bridge rehabilitation, site grading and plan design.

The county purchased the route from Union Pacific Railroad for $1.1 million. The sale was completed in March.

The county received the entire purchase price in grants for the acquisition of the route.

Kluever mentioned Albert Lea being a Blue Zones community as part of his reasoning.

“Watching what happened over the last five years, we think it fits the fabric of the community quite well,” Kluever said.

He said if the state doesn’t award the bonding dollars, the county would have to look elsewhere for funds, and he wasn’t sure when construction on the trail will begin.

The project has been in the works for nearly five years. 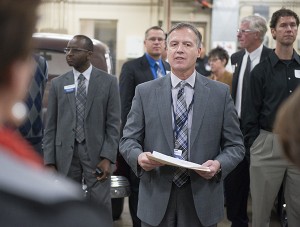 College officials said the funds would go toward renovating outdated space to relocate truck driving and collision programs from Austin to Albert Lea and to integrate the programs into shared spaces with auto service and diesel programs.

The adjacent, vacant Gateway Building is planned for demolition if the project is approved. The project includes 8,734 square feet of new construction to increase the amount of space available for programs.

District 27A Rep. Peggy Bennett, R-Albert Lea, said the college’s request was important for Albert Lea because the community college is an important part of the community’s workforce.

Adams presented a $1.35 million state bonding request to extend sanitary sewer and water to the Stables area north of the city. The remaining funding for the $2.7 million project is projected to come through resident special assessments and newly captured tax base. The area would be annexed into the city, Adams said.

The extension of services is for the improvement and replacement of failing septic systems for residents living there.

“We think it’s essential,” Adams said. “We need the grant money to make this sustainable and help us improve our waters.”

Adams said he has worked with Freeborn County and the Shell Rock River Watershed District on the proposed project.