Daniel L. Drugg, 54, of Wells died Saturday, Oct. 3, 2015, of an apparent heart attack while he was duck hunting. A funeral service will be at 10:30 a.m. Wednesday at Good Shepherd Lutheran Church in Wells. The Rev. Mary Iverson will officiate. Visitation will be from 4 to 7 p.m. Tuesday at Good Shepherd Lutheran Church in Wells and will continue one hour prior to the service at the church on Wednesday. Leave online condolences at brussheitner.com. Bruss-Heitner Funeral Home in Wells is entrusted with arrangements. 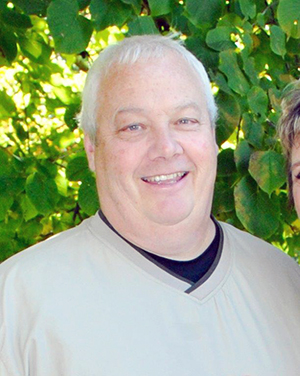 Daniel Lee was born Aug. 18, 1961, in Wells Hospital, the son of John and Dorothy (Gabrielson) Drugg. He graduated from Wells-Easton High School with the class of 1979. He went on to graduate from Austin Community College with a degree in carpentry. Dan opened his cabinet shop, Custom Wood Products, in 1983. He married Trudy Solberg on July 12, 1986, in New Richland. To this union two daughters, Danielle and Leslie, were born. He was a loving husband and father.  He was a member of Good Shepherd Lutheran Church. Dan was also a member of the Wells Fire Department, retiring after 23 years of service. He was an avid hunter with his dogs Coal and Woodshop Willie. He was a member of Southern Minnesota Hunting Retriever Association and loved dog training. Dan was famous for his quick wit, ready smile and one-liners. He enjoyed having a cold beer and lots of laughs with his friends and family at the shop.