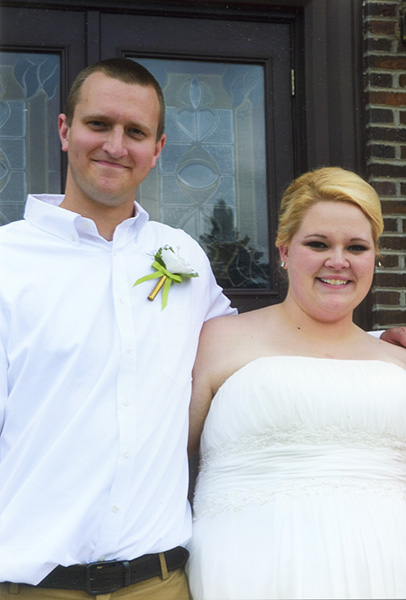 Mallory Dziura and Eric Veldman of Hollandale were married on May 15, 2015, at East Freeborn Lutheran Church. The Rev. Matt Griggs officiated. A reception followed at the Holiday Inn in Austin.

Holly Hill of Albert Lea served as the maid of honor. Jon Overland of Mankato served as the best man. Janae Clausen, organist, was their musician.

The bride is a 2011 graduate of Albert Lea High School and is employed at Iron Skillet in Albert Lea and 3 in 1 Bar and Restaurant in Hollandale.

The groom is a 2005 graduate of Albert Lea High School and is employed at Edwards Manufacturing in Albert Lea.

The couple took a wedding trip to South Dakota.