Funeral services for Earl W. Wahlers, 89, of Albert Lea will be at noon Saturday at Bethlehem Lutheran Church in Myrtle. The Rev. David Efflandt will officiate. Burial will be at Pilgrim’s Rest Cemetery. Visitation will be from 4 to 6 p.m. Friday at Bayview/Freeborn Funeral Home and one hour prior to the services at the church. Online condolences are welcome at www.bayviewfuneral.com. 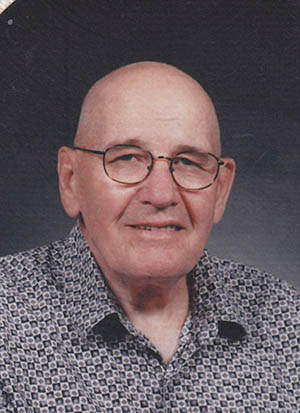 Earl Werner Wahlers was born Jan. 21, 1926, in Northwood, the son of Werner and Mathilda (Lau) Wahlers. Earl was a baptized and confirmed lifelong member of Bethlehem Lutheran Church. After Earl was confirmed in April 1941, he started teaching Sunday school the following year and continued until he was drafted into the Marine Corps in 1951. He served honorably during the Korean War as a United States Marine. He was stationed in Korea as a communications teletype operator for 15 months. After being discharged, Earl worked at the Albert Lea Tribune as a teletype setter from 1953 to 1956. In 1956, he started working at Wilson & Co. as a teletype operator, where he worked for 32 years. Upon retirement in 1988, he enjoyed volunteering with Meals-On-The-Go and leading and participating in Rusty Hinges at the YMCA. Earl’s faith was an important part of his life and he served his church in many capacities, including Sunday school teacher, president of Luther League, council member, council president, mentor to confirmands and he spent many hours on the lawn mower. Earl enjoyed golfing, fishing, deer hunting with family and friends near Park Rapids, snowmobiling, stock car racing, flying (Piper Cub and Stenson) and singing in choirs — especially church men’s chorus, Wilson’s choir and the Careyaires.