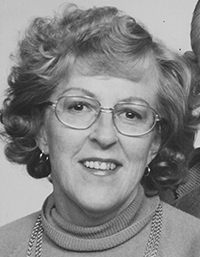 She was born in Austin to Beata and Donald Burton. She met and married her husband, Leo “Hoppy” Hopkins in 1947.

They settled in Albert Lea and raised two children before moving to Mesa in 1966.

Flo was a homemaker and enjoyed sewing, vacationing in California and her many canine companions.

She is preceded in death by her parents and husband of 55 years.