He was born Feb. 12, 1945, in Kingman, Arizona, to Frederich and Joyce (Peterson) Zech. He graduated from Austin High School in 1963. Gary married Cynthia Miller on Nov. 28, 1965, at Congregational Church in Hollandale. He served in the United States Navy from 1965 to 1967. After the Navy, he returned home to Austin where he worked for the George A. Hormel Company until the strike in 1985. He then went to work for the Minnesota Department of Transportation until he retired in 2011. 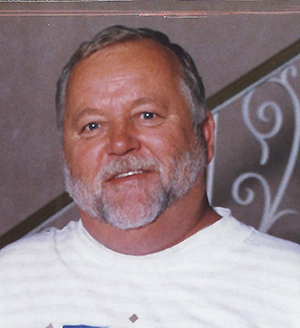 Gary was a member of the American Legion, Austin Post  No. 91, the P9 United Support Group and was a member and past president of the American Federation of State, County and Municipal Employees local union. He loved the outdoors, camping and trout fishing. He enjoyed watching NASCAR and any kind of car racing. He loved to tinker with things and could fix almost anything.

A memorial service will be at 1 p.m. Wednesday at Clasen-Jordan Mortuary chapel in Austin. The Rev. Karen Behling will officiate. Music will be by Neal Erickson. Visitation will be one hour before the service on Wednesday at the mortuary. Honorary bearers will be John Detwiler, Bertie Ferguson, Chuck Frein, Bill Carroll, Mark Lees, Sara Wessel and Rick Lechner. There will be a committal service at Graceland Cemetery in Albert Lea following the memorial service and reception. American Legion Austin Post No. 91 is in charge of military rites.