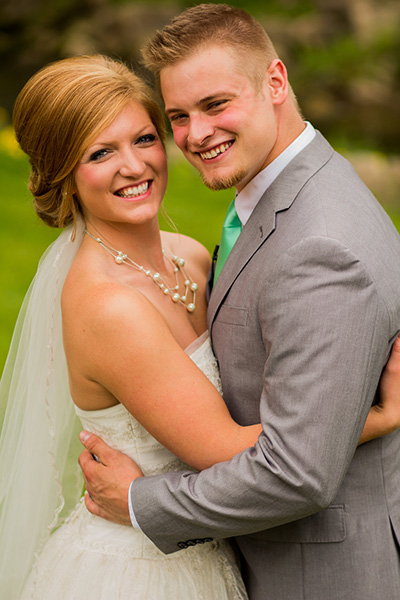 Laura Gaudian of Hayward and Timothy Weller of River Falls, Wisconsin, were married in a double ring ceremony at 4 p.m. May 23, 2015, in Baldwin, Wisconsin. The Rev. Ron Weller officiated. A reception followed at The Orchard in Baldwin.

The groom is the son of Ron and Heather Weller of River Falls and the grandson of Casimir Weller of Wisconsin.

The flower girl was Reagan Weller, niece of the groom. The ring bearer was Isaiah Gaudian, nephew of the bride.

Personal attendants were Erin and Abby Weller, sister-in-laws of the groom.

Musicians were Josh Anderson and Natalie and Todd Decker.

Host and hostess were Wes and Cammie Tennis, uncle and aunt of the bride.

The bride is pursuing a master’s degree in speech and language pathology from the University of Wisconsin in River Falls and is interning in the rehab unit at Fairview Lakes Hospital in Wyoming, Minnesota.

The groom is pursuing a business management degree at the University of Wisconsin in River Falls and is employed at Indue.

The couple went to Cancun, Mexico, for their honeymoon.