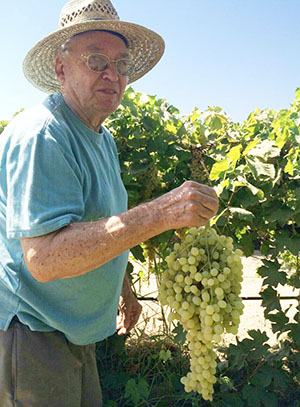 Gerald served in the United States Army. After being released in 1950 he married Dorothy Sheffield. They farmed in the Ripperdan area of Madera County and in Kerman until her death in 2004. Gerald was one of the early developers of methods to dry raisins with reduced hand labor. Today, many of the operations he began are used in the raisin industry. He was on the Sun-Maid Raisin board for much of the 80s and early 90s, on the Production Credit Association board of directors and a member of Rotary in Kerman.

One of his greatest and most dedicated accomplishments was the 24/7 care for his wife during her extended illness. He tirelessly cared for her for over 10years.

As an expression of sympathy, memorial contributions may be sent to Our Saviour’s  Lutheran Church or the Parkinson’s Disease Foundation.

Funeral Arrangements under the direction of Jay Chapel in Madera, California where condolence messages may be left at www.jaychapel.com.