Idstein hails from Illinois, hopes to help the community 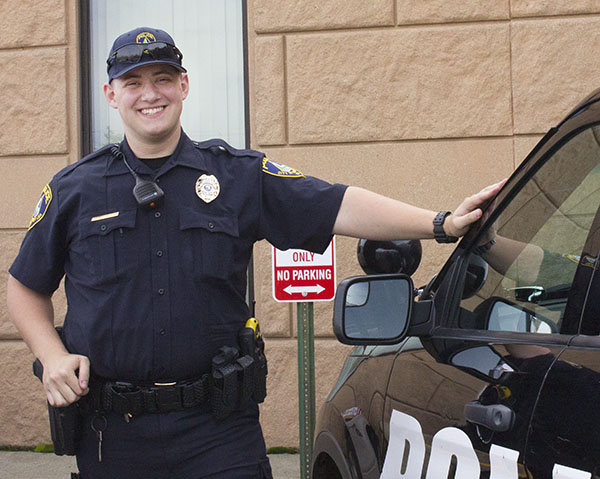 A new patrol officer in Albert Lea is looking to change lives and foster growth between the community and law enforcement.

“Law enforcement is often viewed in a negative fashion in the media and the nation, but I believe law enforcement can be positive,” Idstein said.

He began his position earlier this month.

Idstein is from Algonquin, Illinois, a northwest suburb of Chicago. He is in field training with the Police Department for four to five months.

He enjoys the day-to-day aspect of the job.

“There’s always a new experience in law enforcement,” Idstein said. “You never know what’s going to happen to you today, so it’s exciting.”

Idstein worked full time for a year after graduation as a supervisor for campus security at Minnesota State University, Mankato.

He said he is adjusting well to Albert Lea.

“Everyone who is here is very cheerful and very nice,” he said. “Everyone waves.”

Idstein said the department was one of the first places he applied.

“Albert Lea seemed to be ahead of the curve in law enforcement techniques and its emphasis on community policing,” Idstein said.

“We’re happy to have him on board,” Winkels said.

While Idstein misses home, he told the Police Department he was drawn to Minnesota because the state has higher standards for law enforcement education than other states.

“It’s hard being away, but I’m making a difference in the community, so I’m happy to be here,” he said.