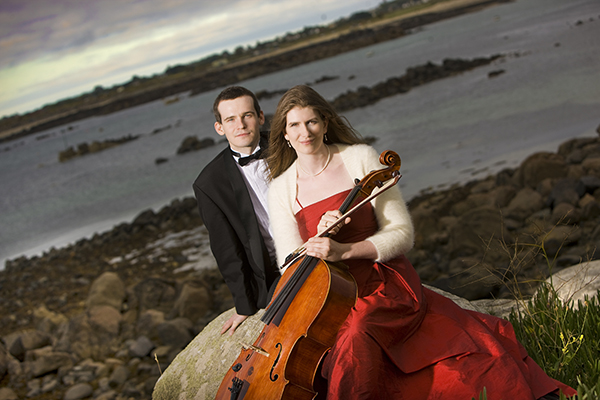 The Svyati Duo of cellist Rebecca Hewes and organist Julian Collings from the United Kingdom will perform at 7:30 p.m. Thursday at First Lutheran Church in Albert Lea. The concert is part of the church’s ongoing series with a freewill offering. 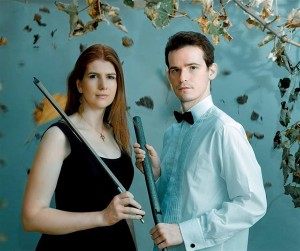 Cellist Rebecca Hewes and organist Julian Collings will perform as the Svyati Duo at 7:30 p.m. Thursday at First Lutheran Church in Albert Lea. The duo is from the United Kingdom and performs around the world. – Provided

Formed in 2008, Svyati Duo takes its name from the musicians’ first collaboration as cellist and conductor in a performance of Sir John Tavener’s masterpiece “Svyati” for choir and cello solos. The duo now pursues a busy concert schedule, taking the seldom-heard instrumental combination to venues across the United Kingdom, Europe, the United States and Asia.

The duo maintains a diverse repertoire, ranging from baroque sonatas to substantial romantic and contemporary works. The duo’s two recordings with the Regent Records label have received critical acclaim both in the United Kingdom and elsewhere overseas.

Hewes has performed as a soloist and chamber musician throughout Europe, working alongside some of the world’s leading musicians and conductors. She studied cello at Chetham’s School of Music and the Royal Academy of Music, graduating in 2005 with first-class honors. Hewes has performed at many prestigious venues, including the Wigmore Hall and Bridgewater Hall in Manchester, and has appeared in many international chamber music festivals and concert series, most recently in South Africa as Artist-in-Residence at the Indaba New Music Festival.

Collings was educated as an organ scholar at Tonbridge School in Kent, before winning an organ scholarship to Christ’s College, Cambridge in 1999. He gained the associate diploma of the Royal College of Organists. He continued his organ studies in Cambridge, graduating with a music degree in the summer of 2002. During his time at Christ’s, Julian accompanied the college choir on tour to Scandinavia, the United States and Canada both as organist and conductor, as well as playing on a number of critically-acclaimed CD releases.

Julian is director of music at St Cyprian’s Church, Clarence Gate in London and regularly deputises as an organist at St Bride’s Church on Fleet Street. In addition to his church work, Julian is musical director of the London chamber choir Ad Libitum, repetiteur to the East London Chorus and also directs a versatile group of singers called Corporate Voices who specialize in corporate functions. He is an organ tutor at Forest School and teaches privately throughout the London area.

As a recitalist he has performed extensively both in the United Kingdom and overseas, as well as broadcasting for BBC radio. Recent recital engagements have included Sheffield Cathedral, St. Alban’s Abbey and St. John’s College Cambridge, as well as recitals in the Channel Islands, France and Estonia.