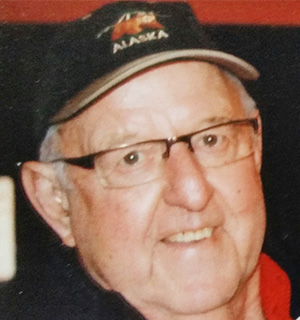 Joe was born Aug. 3, 1936, in New Prague to Joseph and Adeline C. (Svoboda) Tikalsky. He attended St. Wenceslaus School, graduated from New Prague High School and then entered the Army Reserve. On Jan. 20, 1962, Joe married Emma Jean Bergan in Le Center. The couple made their home in New Prague where Joe farmed the family farm and worked for over 41 years with Tikalsky Brothers Stores. He was also loved by hundreds of children in this community, where he served as a school bus driver for almost 50 years. Being 100 percent Czech, Joe was proud of his heritage and donated the addition to the New Prague Public Library in 2008 in honor of his grandmother, Mary J. Tikalsky. He left a legacy of travel for his children, having traveled with them through 47 states. He loved playing cards, fishing, hunting and gardening. Joe had a special affection for local sports; he not only attended them but listened to every KCHK broadcast of sporting events. His greatest love, however, was his wife, children and grandchildren.

He was preceded in death by his parents and sister, Adeline Malecha.

Funeral service will be at 11 a.m. Tuesday at Community Baptist Church in New Prague. The Rev. Joshua Stephens will officiate. Visitation will be from 4 to 8 p.m. Monday at Bruzek Funeral Home and one hour prior to service at church on Tuesday morning. Burial will occur at Czech National Cemetery, followed by lunch at Park Ballroom in New Prague. Memorials are preferred in lieu of flowers.