Funeral services for LaVonne A. Rugroden, 87, of Albert Lea will be at 2 p.m. Monday at Our Savior’s Lutheran Church. The Rev. James Kassera will officiate. Interment will be in Graceland Cemetery. Visitation will be one hour prior to the service at the church on Monday. Online condolences are welcome at www.bayviewfuneral.com. 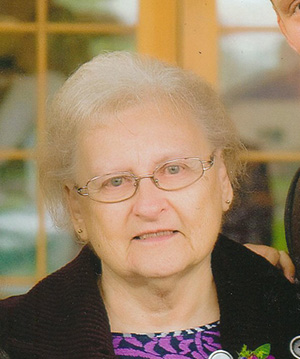 LaVonne Ann Rugroden was born on April 27, 1928, in Rapidan, the daughter of Charles and Anna (Rogosheske) Nelson. She grew up there and graduated from Rapidan High School in 1946. On April 10, 1949, LaVonne was united in marriage to George R. Rugroden in Mankato. They moved to their home in Albert Lea in 1961. LaVonne was a member of Our Savior’s Lutheran Church and the Eagles Club. She enjoyed camping, fishing, reading, word puzzles and golf. She especially liked visiting with friends and family and going shopping.

LaVonne was preceded in death by her husband, George, in 2008; her parents Charles and Anna Nelson; her brother, Clayton Nelson; daughter-in-law, Kerry Rugroden; five sisters-in-law; and four brothers-in-law.