Funeral services for Leslie Norman Behr, 90, of Emmons will be at 11 a.m. Wednesday at Emmons Lutheran Church. The Rev. Christopher Martin will officiate. Private interment will be at Bear Lake Cemetery. Visitation will be one hour prior to the service at the church. Online condolences are welcome at www.bayviewfuneral.com. 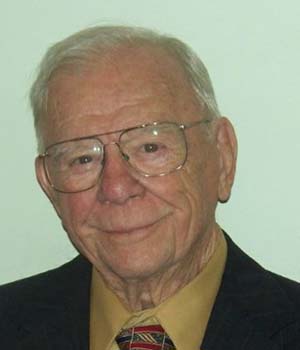 Leslie Norman Behr was born June 11, 1925, in Nunda Township to Carl and Emma (Gerhardt) Behr. Leslie grew up in Nunda Township and attended country school there until the eighth grade; he then went on to earn his general education diploma. On June 11, 1949, Leslie was united in marriage to Joy Leegaard at Salem Lutheran Church in Lake Mills. Leslie built, owned and served as the administrator of Behr Parkview Nursing Home in Wells. At times he also served as administrator of Mapleton Nursing Home and Wells Hospital. Leslie was a member of Emmons Lutheran Church and Good Shepherd Lutheran Church in Wells, where he served on church council. He was also a member of the Wells Kiwanis and was a member of the Minnesota Nursing Home Association. He enjoyed woodworking, traveling, playing cards and visiting with friends and family.

Leslie was preceded in death by his parents Carl and Emma; siblings Russell, Eldo, Ellsworth and Eudene; and niece, Starla Haney.