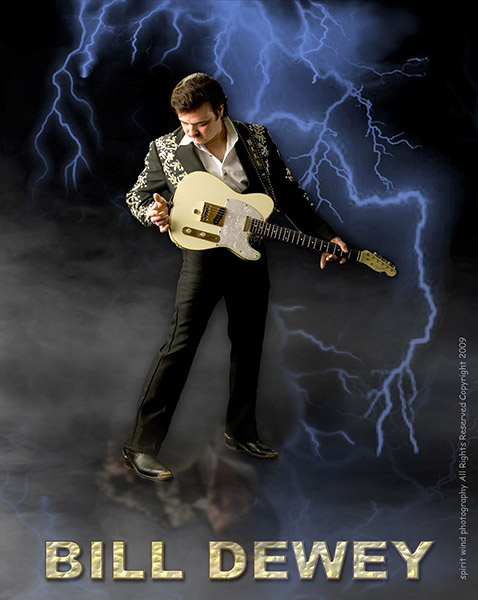 In his popular tribute to country music legend Johnny Cash, one could say that musician Bill Dewey walks the walk, talks the talk and sings the song.

Dewey will present “The Man in Black” Saturday at the Marion Ross Performing Arts Center on Broadway in Albert Lea. Show time is 7:30 p.m. and the ticket price is $15 each.

“I’ve heard a lot of entertainers in my time, and this guy is the best Johnny Cash tribute show I’ve ever seen,” said Neil Lang, manager of the performing arts center. “You close your eyes and you swear you’re listening to Johnny Cash.”

Cash walked tall literally and musically, his baritone booming gospel lyrics and outlaw country songs like “Folsom Prison Blues” and even a heartfelt cover of “Hurt” by the hard rock band Nine Inch Nails. His music career began in 1955 with the record “Cry, Cry, Cry,” soaring with his biggest hit “I Walk the Line.” Cash kept flying through hundreds of songs and concerts, television shows and awards, and battles with addiction and disease until his death in 2003.

Cash, known as “The Man in Black,” often wore all black clothes because they matched his band members, were easy to keep clean and added to his outlaw image.

Dewey, a native of Clear Lake, Iowa, grew up on a family farm with music being a constant in his life. As a child he wore out several guitars pretending to be a singer like Cash. He also excelled at trumpet and cornet.

“For years I had been developing my voice by singing along with my Johnny Cash and Statler Brothers records, at the same time, I was learning strumming technique by ‘scratching’ on an old beginner’s guitar in time with the records, not knowing any chords. My parents noticed this and presented me with a brand new guitar for Christmas one year, in hopes I’d take lessons again. I loved it, but I still wasn’t serious about it to the extent of playing outside my own room. So I had wondered if they had wasted their money,” he said in his bio.

“Finally one day I decided to learn to play this thing. So I took a few lessons and learned a few chords. Even then I wasn’t serious about entertaining anyone but myself really, but I loved to pick and sing.”

Dewey’s performing days started with entertaining residents at the nursing home where his grandmother lived. At the same time he performed as a guest with a friend’s band. Soon he formed Bill Dewey and the Blazin’ Broncos, playing at clubs, fairs, private functions and parades. He also wrote his own songs and cut a 45 rpm record of “Well Enough Alone” and “Just Pleasin’ You” at Sun Studio in Memphis, Tennessee, the same starting point for Cash.

Dewey’s band eventually became The Dynammics and they’re known in this region for their tribute performances to Buddy Holly, Ritchie Valens, the Big Bopper and pilot Roger Peterson at the Surf Ballroom in Clear Lake. The Surf was the last place the three stars played before they were killed in a plane crash in 1959.

Dewey has lived in and visited Nashville, where he met Cash before the star’s death. Dewey joined a rockabilly four-piece combo in “Music City,” playing in the country musical capital and surrounding area. That group’s album, “Justin Curtis — Rockabilly in 3-D,” features Dewey on lead guitar. In the 1990s he played lead guitar and sang with several bands in Tennessee and the southeast United States.

Dewey has been a working man as well as a musician, working on farms, in the grocery business and in construction.

Today he is back with The Dynammics, touring in the Midwest and looking forward to traveling nationwide and beyond.

On Saturday he will step into the spotlight in Albert Lea and into the music of Cash.

“He gets onstage and he transforms into Johnny Cash,” Charnecki said.